When Teams lacks a feature, Groupy steps up to deliver

Microsoft’s Teams application is one of - if not the most - widely used chat applications by corporations both big and small. With hundreds of millions of daily users, Teams has cemented itself as a cornerstone of corporate communication, but it’s far from perfect.

Aside from missing features like being able to import third-party calendars or the ability to change the default download location, if you have to use multiple tenants, it can be a serious challenge to work in both environments. The reason for this is that, on the desktop, Microsoft’s app does not support fast account switching; if you want to access a different tenant, you must log out and re-authenticate to switch tenants.

I jump frequently between two tenants which was the reason for writing this post. Seeing as Microsoft makes this task a challenge, there are a number of workarounds that make the process a bit more palatable.

One such way is to have multiple web versions of Teams open in an incognito window of your preferred browser and assign each window as a tenant. But the problem with this is that you need a new instance of the browser for each tenant, which isn’t that big of a problem with two tenants - but add three or four and the process becomes messy.

There is a solution that makes the process of tenant-jumping much easier: Groupy. Using Groupy, you can create a tabbed layout of all your tenants, making it significantly easier to jump between instances of the chat application. In the picture above, you can see my two tenants sitting happily side-by-side, making it easy for me to hop between the two.

Groupy makes it possible for you to add tabs to any application in Windows. One of the most popular ways to use the application is with File Explorer, but I have found grouping similar apps - like communication and productivity apps - works well for my workflow.

I fully expect Microsoft to eventually enable an optimized desktop experience to jump between tenants for Teams. But considering that the app was released in 2017 and five years later we still don’t have many basic features, you could be waiting a long time for a feature like this to arrive.

New functionality for the Start menu helps keep you organized

This week, we released version 1.1 of Start11, and with it several new features and updates that make the app the best Start experience for users of Windows 10 and 11. But, bringing a feature like this to life requires a bit more thought and attention than you might expect.

On the surface, it seems easy: just add folders. But once you start digging through the UI complexity and various icon sizes, the experience requires more consideration than what meets the eye. 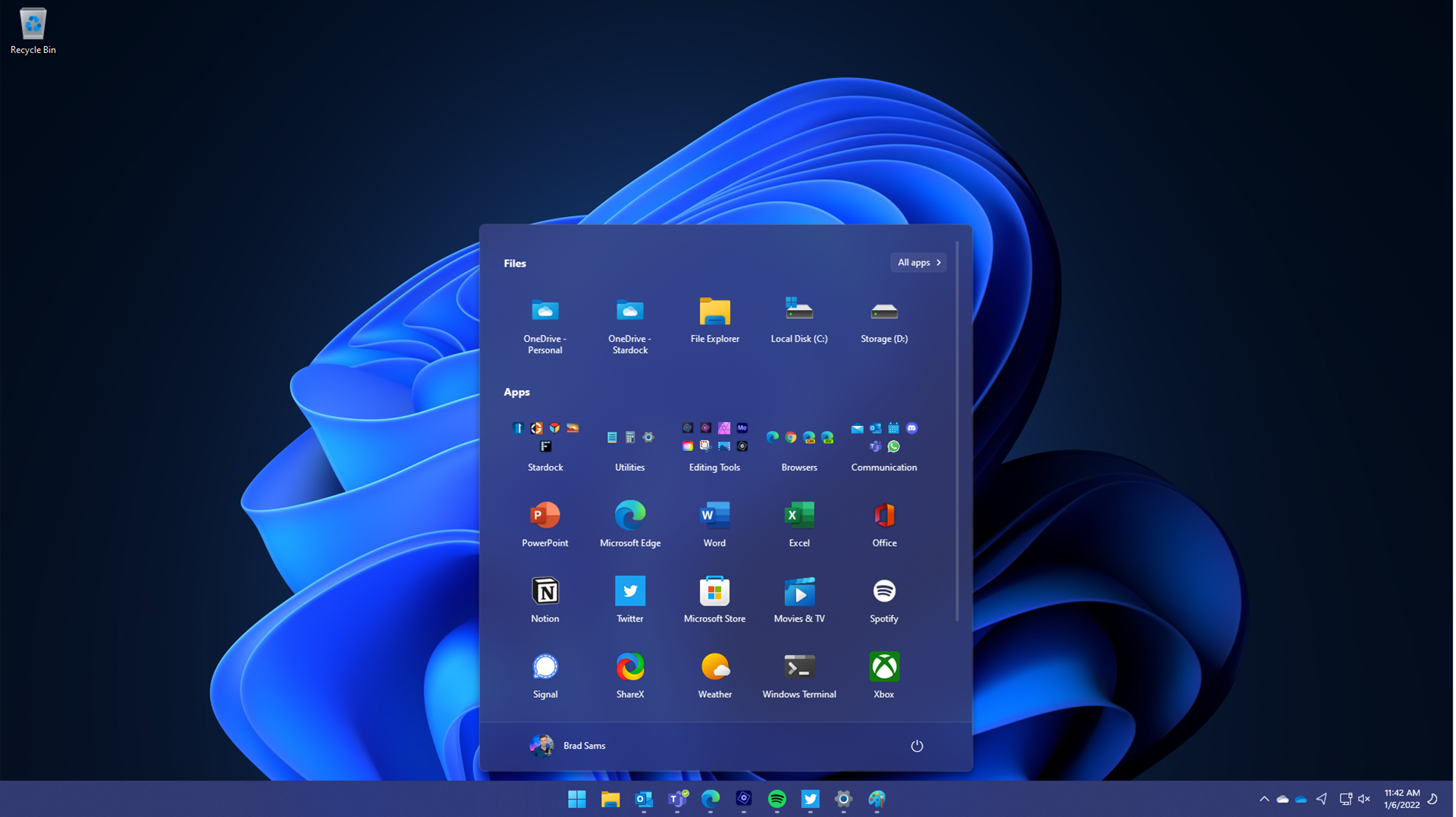 As an example, the logical process for creating a folder is to drag the icon on top of another and, voila - a folder is created. But that’s also how you rearrange icons on the Start menu, which can lead to accidentally making a folder when you didn't intend to. While we could have enacted a timer delay to create a folder, the latency this introduces into the process is not optimal.

The next logical step is to introduce a modifier key to the process, and for Start11 we chose to use the shift key. To create a folder, drag an icon while holding shift, and drop it onto another icon to create the folder inside the menu. 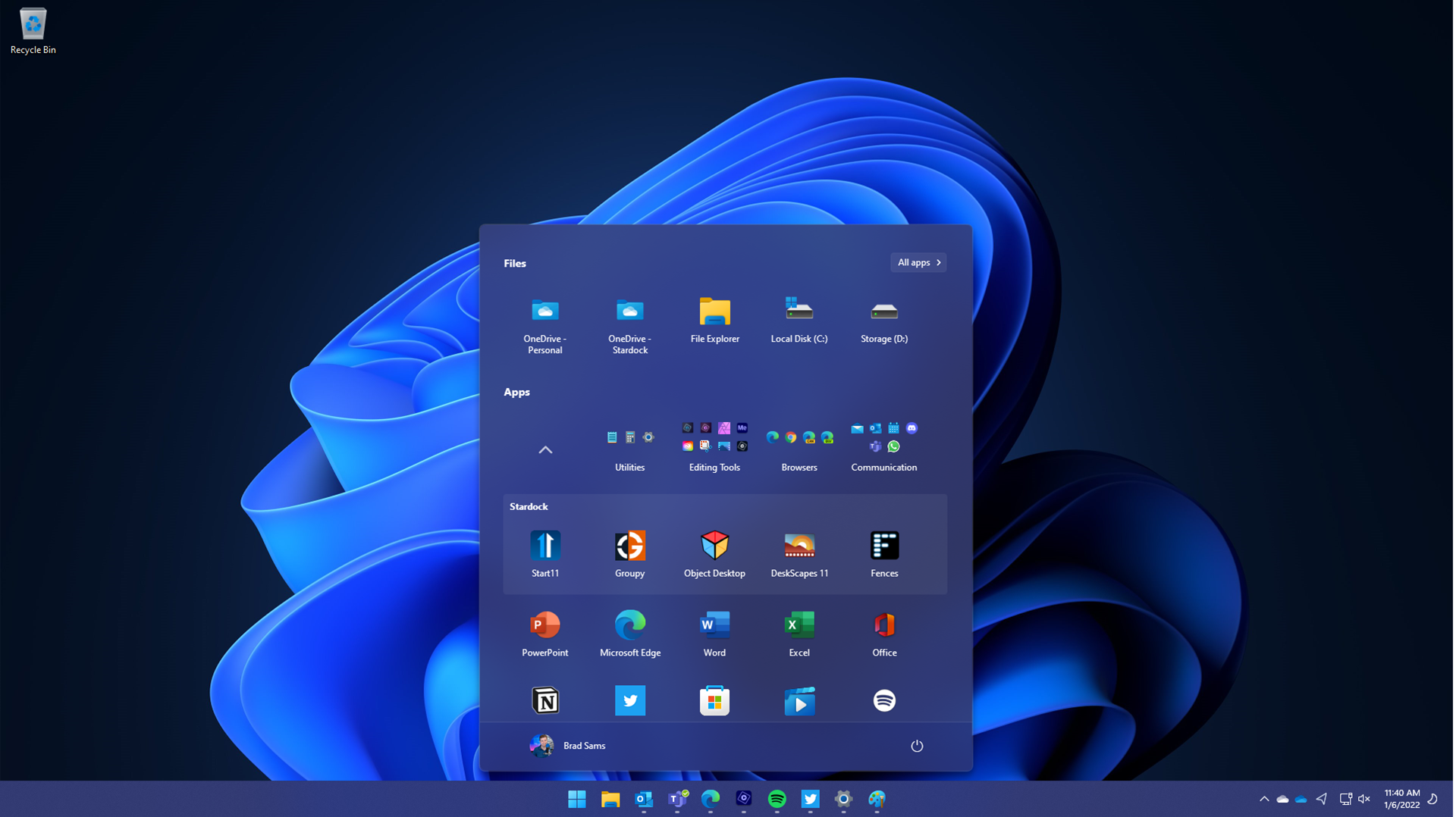 If you find yourself wanting to create many folders, you can right-click in a blank area of the Start menu and select the option to simulate that the Shift key is always held down. This process makes creating multiple folders faster, but the setting is not enabled by default.

Folders in the Windows 11 style menu was one of the top requests we received after the launch of Start11 last year. While we still have additional updates already being developed, with the introduction of folders it’s now even easier to keep your Start menu organized with pages and folders.

I've been a member of WinCustomize since about 2003. I mostly lurked the forums and downloaded skins for a while, and then started to participate in a community which I viewed as awesome (and still is). I really enjoyed downloading all the various skins and watching how the community worked. It was all just fun and that got me inspired to start creating some things, which just furthered my enjoyment of the site and community.

After a few years I was asked to be a mod and eventually that led to a job offer from Brad which I have happily been at for over 15 years. I've been a part of so many great projects on both the software and games side, I probably couldn't remember them all. I do know they all involved a bunch of great people of whom I've made long-time friends with. The same can be said for the WinCustomize community. I've made a ton of friendships with so many in the community and have even met some in-person. I can go on and on, but the short version is WinCustomize has a fantastic community made up of great people, and I'm happy that I have been a part of that for so long.

So why am I leaving? Well, a dream that I've had since high school was to be in law enforcement. I won't age myself too much, but I'm at the point where I'm still young enough to pursue something and it was time for a change. So, I took a chance and applied, and after nearly a year of recruiting I have accepted a position with a Sheriff's Office here in Florida. I'm sad to be leaving Stardock, but excited for what the next adventure will bring. I will still be part of the community, and you'll definitely see me around the forums.

Thanks for being an awesome community!

Merry Christmas and Happy Holidays to our amazing community! We hope you have a great holiday season and a wonderful new year!

Thank you for being part of our great community! 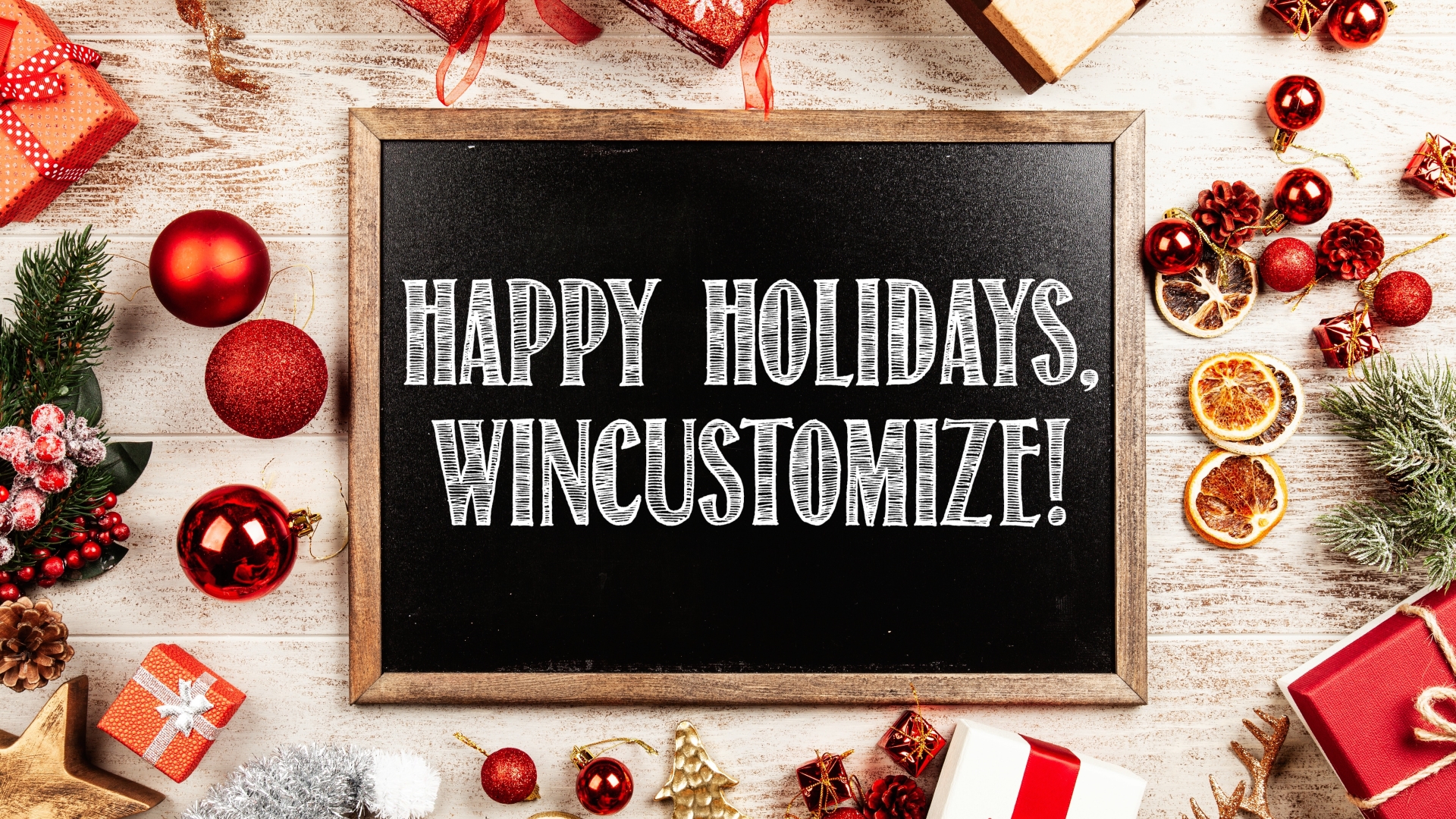 It's been quite a while since we've mentioned promotions here in the forums, though a few people have been quietly promoted over the years. As some of you may know (more on this in another post soon), this will be my last month at WinCustomize so I wanted to get a few members promoted to Journeyman. These members deserve recognition for their time to create and upload skins and themes here, and for their contributions to the forums and community.

Let's say a big congrats to the following members:

We appreciate your contributions to the site!

Christmas is approaching fast, and I hope you are looking forward to a fun and festive holiday season! Animated wallpapers for DeskScapes is a fantastic way to add some holiday decoration to your desktop. Whether it's Christmas trees, Holiday lights, or a beautiful winter scene, we have a variety of wallpapers for you to check out.

Here are some of our favorite holiday animated wallpapers! 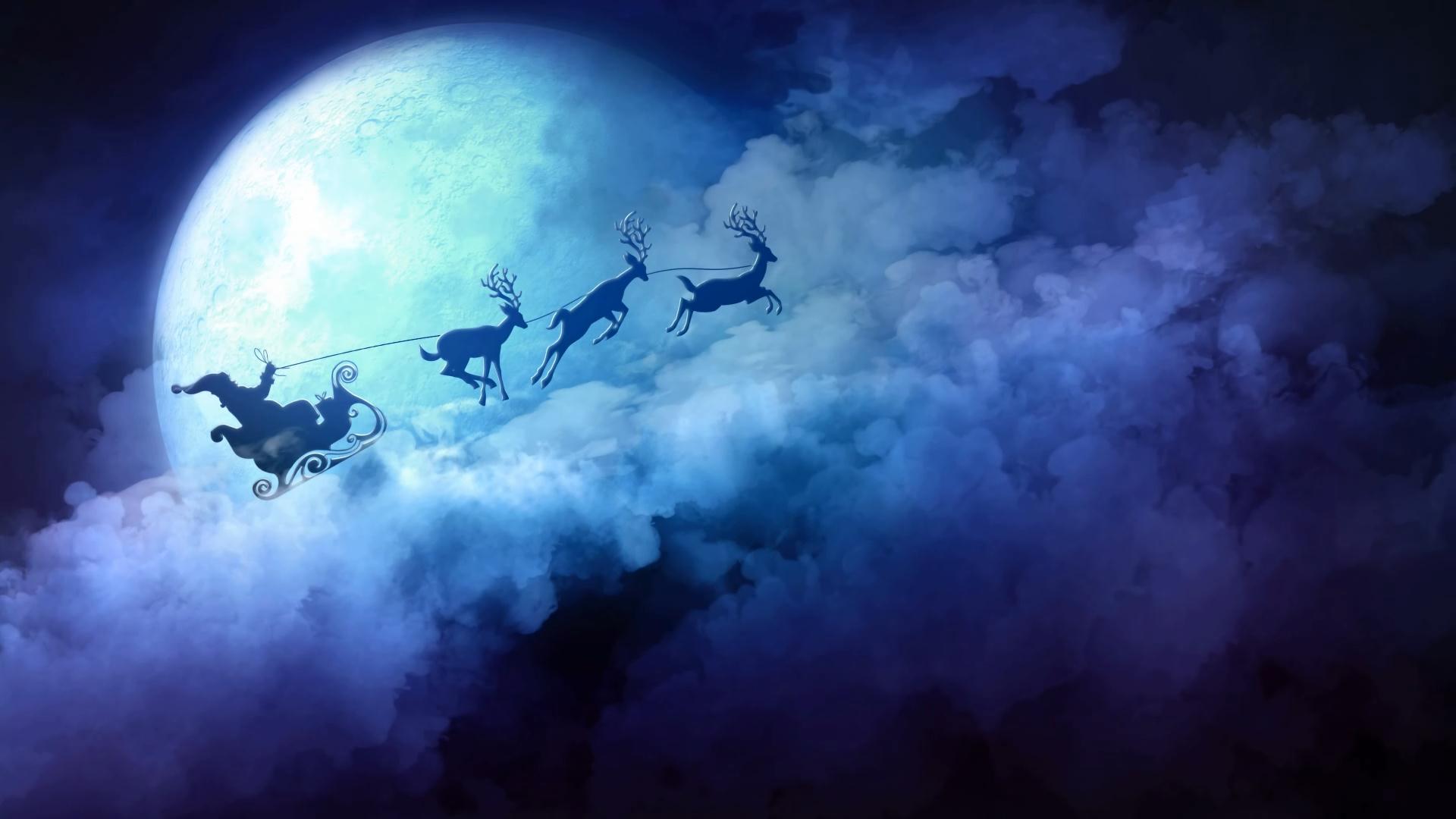 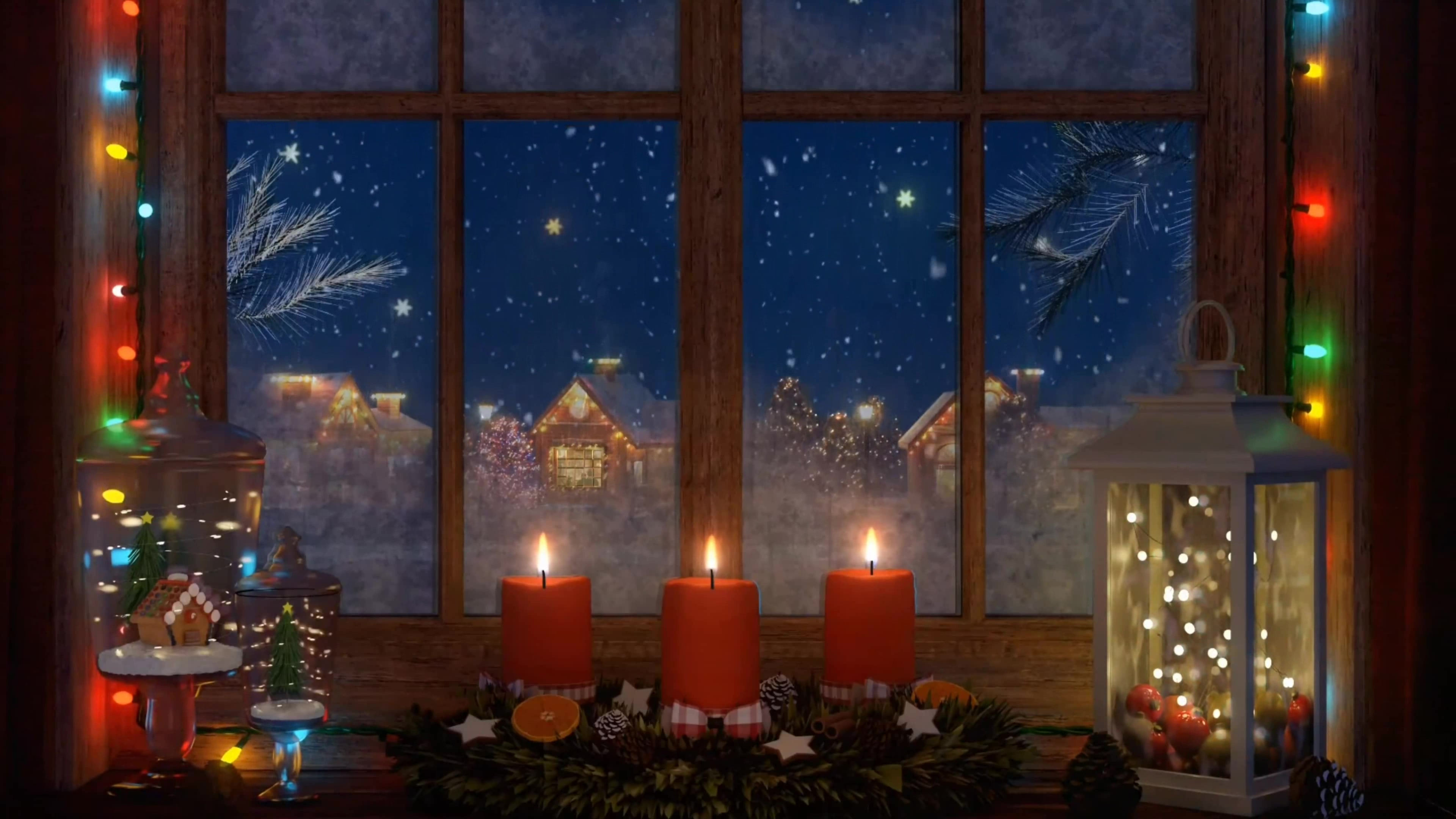 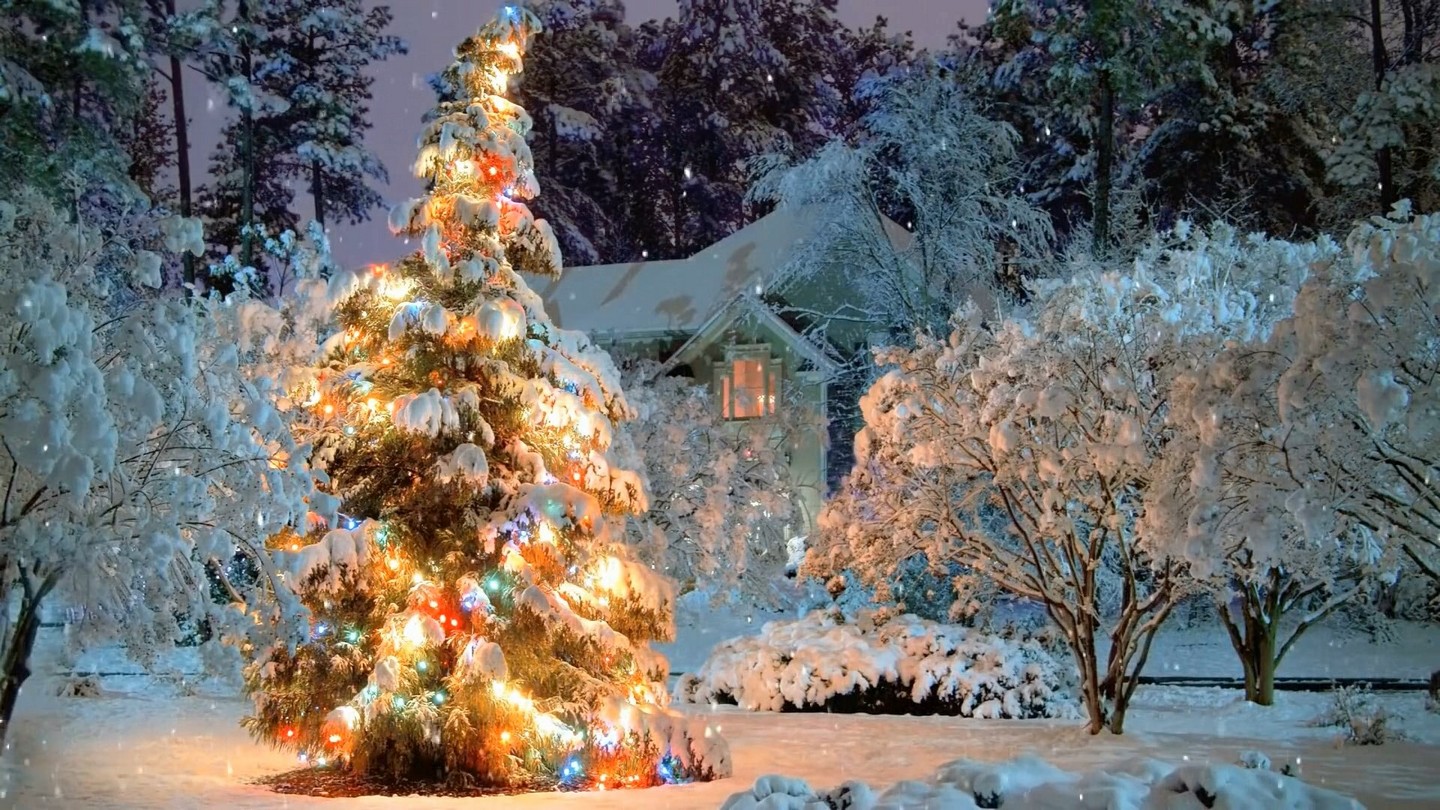 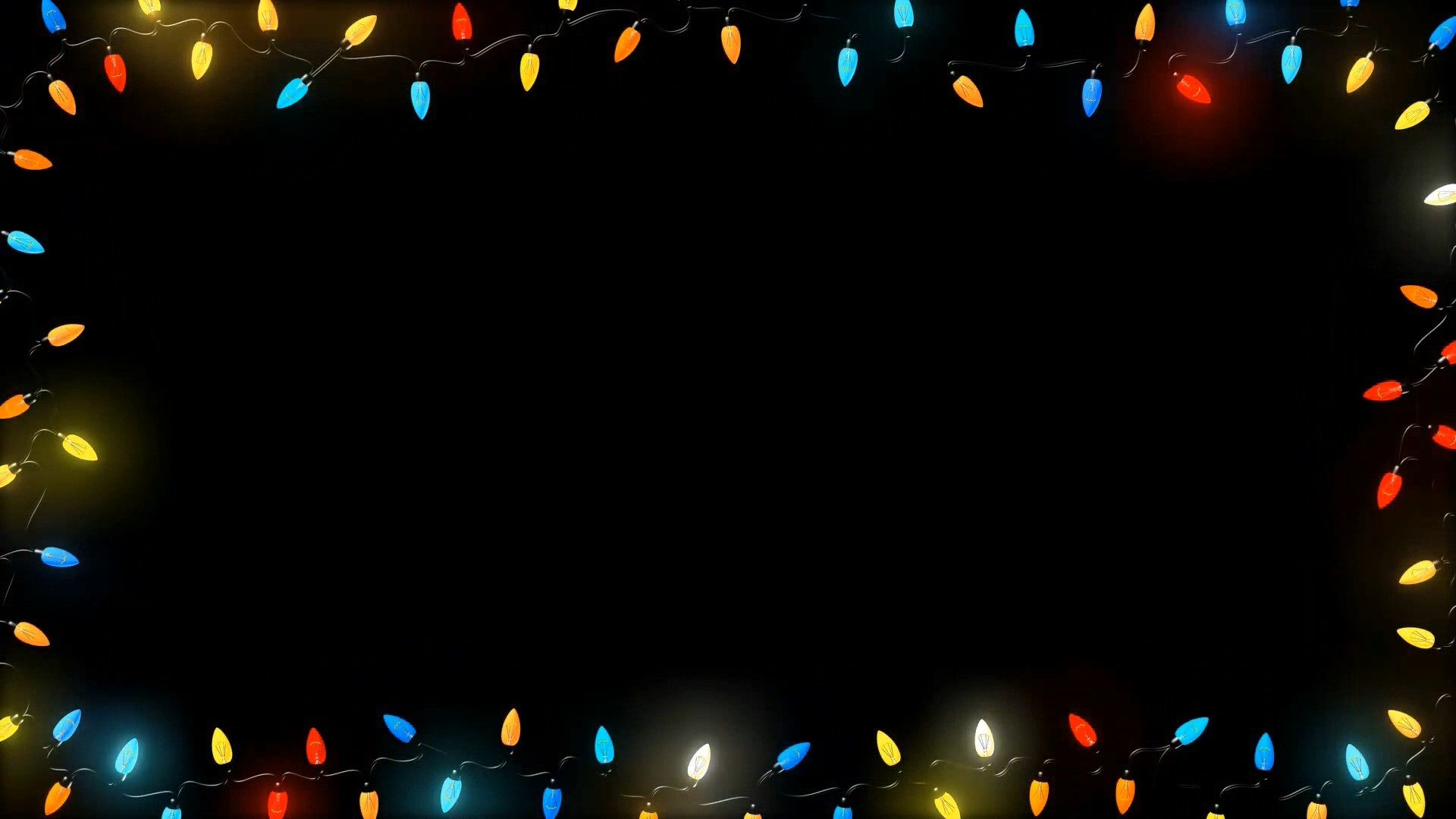 Stardock Releases Fences 4 with Peek,
Support for Windows 10 and 11
Get it Now

Stardock released Fences 4, an app that allows users to automatically organize shortcuts and icons on their PC desktops into custom-sized spaces called fences. Building upon previous versions of Fences that are used by millions of users of Microsoft Windows®, Fences 4 introduces new features that will streamline workflows while keeping desktops organized.

New in Fences 4 is Peek, a feature that lets users instantly view their fences by pressing Windows key + space, making accessing content significantly faster. For example, while working in a program like Adobe’s Premiere or Photoshop, users can bring a folder portal filled with their source footage and images to the surface of their desktop by pressing the configurable hotkey. This eliminates the need to minimize the application and go searching for the required asset in File Explorer.

Also new in Fences 4 is the Desktop Display feature. The Windows key + D hotkey can be configured to be either toggle or press-and-hold to streamline your workflow for accessing content on your desktop.

"Fences 4 is designed to deliver a modern desktop experience," said Brad Sams, Vice President and General Manager of Stardock Software. "Fences is the best way to organize your desktop, and the new “Peek” feature makes it possible to access all of your Fences content at any time and within any application. Your workflow will never be the same.”

Along with its new features, Fences 4 has been optimized so that it loads before the desktop when a PC is booted up, making it not only more functional, but also more performant.

Fences 4 is available for $9.99 or through Stardock's Object Desktop.
For more information, visit the Fences 4 website here.

The Chinese Rover is set to investigate

Wednesday, December 8, 2021 by Tatiora | Discussion: Life, the Universe and Everything

A cube-shaped object has been spotted by scientists working on China's Chang'e 4 mission on the far side of the Moon. Pictured below, you can see the object standing out against the blackness of space, practically begging in the Yutu 2 rover to come over and examine it. 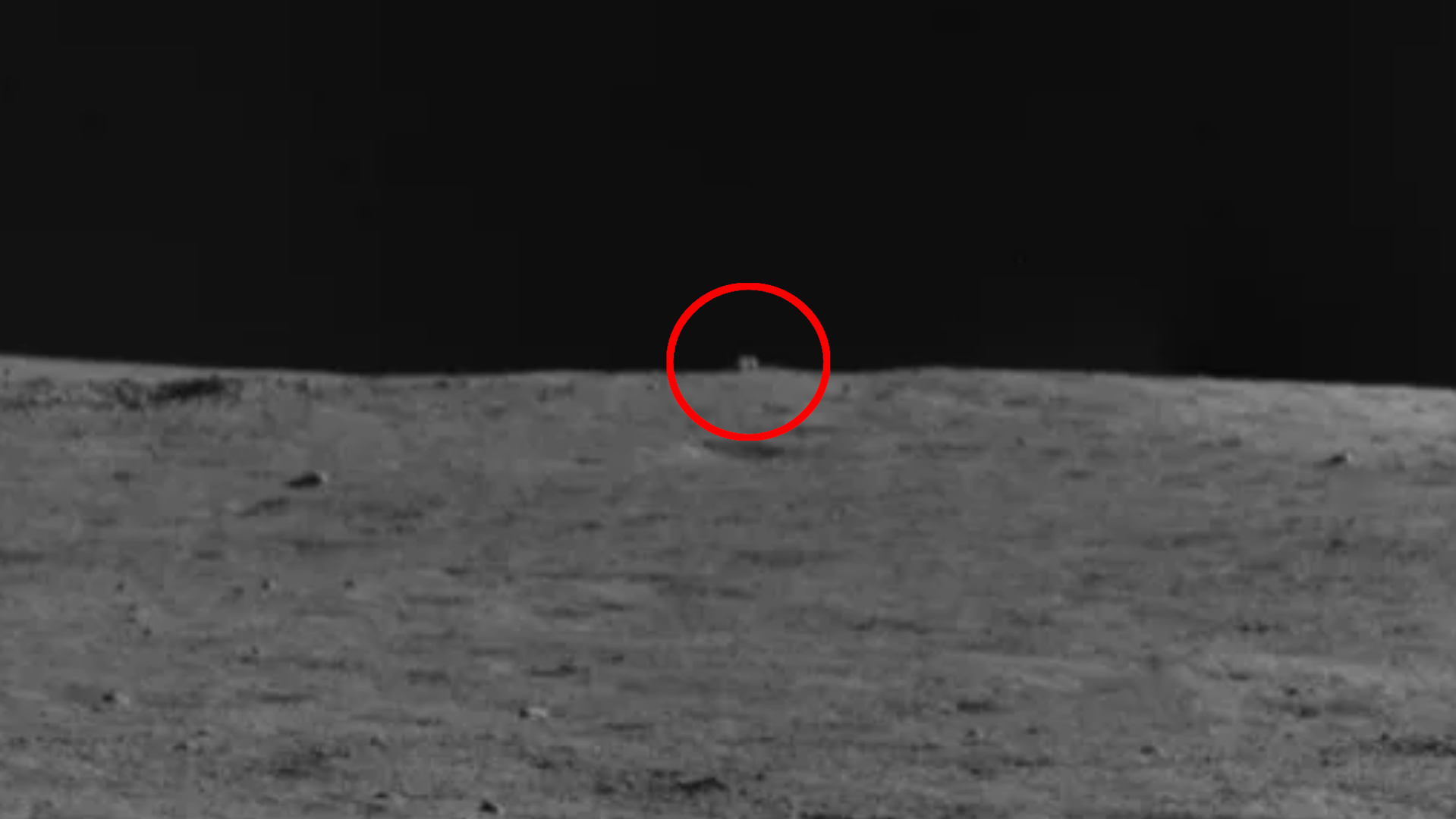 While the object is probably something like a displaced boulder, scientists want to complete their due diligence and fully intend to send the Yutu 2 over to investigate. Our Space, a Chinese language science outreach channel affiliated with the China National Space Administration (CNSA), described the object as a "mysterious hut." The object was spotted in Von Karman crater in the South Pole-Aitken Basin. The Yutu 2 has been working in this area since the mission landed there on January 3, 2019.

The true shape of the object is hard to discern from current images, and it is sort of oddly geometric - a phenomenon that could be explained simply as the results of pixelation from the images. This isn't the first strange thing spotted by the scientists of the Chang'e mission, either; back in September of 2019, Yutu 2 encountered a green and glistening gel-like substance that turned out to be impact melt breccia (aka, rock fragments cemented together as a result of extreme heat).

Despite previous false alarms, it's wise to investigate this new object. It could result in a new discovery, or some cool space science...or, it could just be a rock, but we won't know until we explore, right? It will take Yutu 2 approximately 3 months to reach it, so in the meantime all we can do is speculate.

What do you think it is? Share with me!

It's crazy to think that we're already at the end of 2021! At least we have the Christmas and Winter holidays to celebrate while we wait for the new year to approach. As always, a new month means we have a new desktop screenshot thread in the forums so our awesome community members can show off their desktops.

Let us know what skins and themes you are using, especially if you have a holiday themed desktop!

Post your desktops to the monthly thread here: https://forums.wincustomize.com/508626/

(This is a news thread and will be locked. Screenshot taken by don5318) 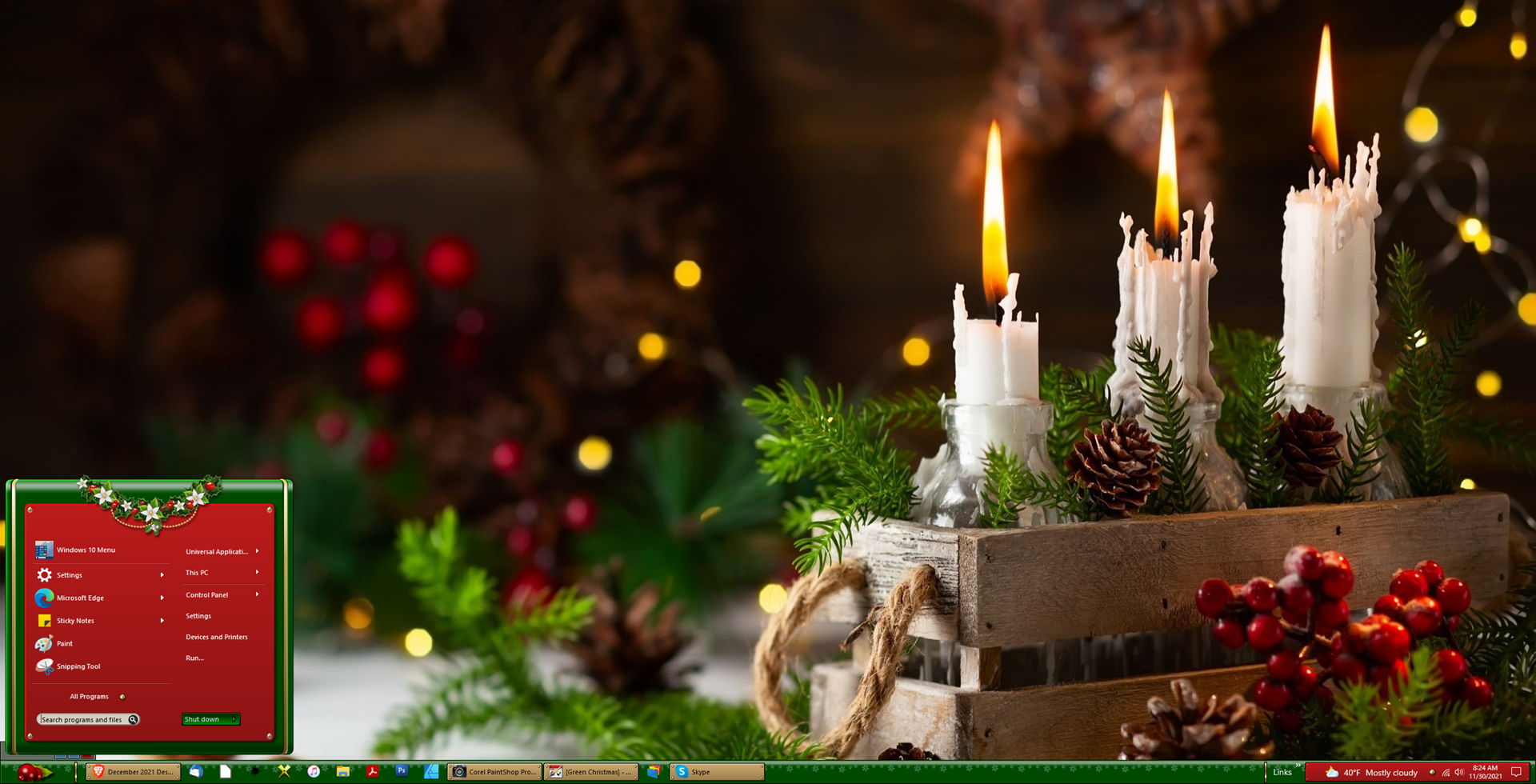 We know the Christmas and Winter holiday season is one of most popular times of year for themes and skinning. WinCustomize has a huge amount of holiday skins available and finding them all can get a bit tricky. So, we wanted to ask what's your favorite holiday skins and themes to use?

Whether you created them yourself or just a fan of the theme, post the link in the comments so we can get some of them featured for others to see! 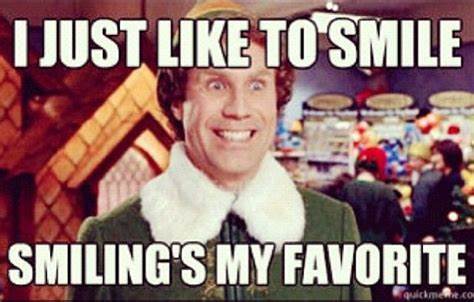