Closing out the week we have a new premium skin exclusively for WinCustomize Subscribers.  This time we have Black Ops!  This is a very dark theme with a minimal style which is sure to please. 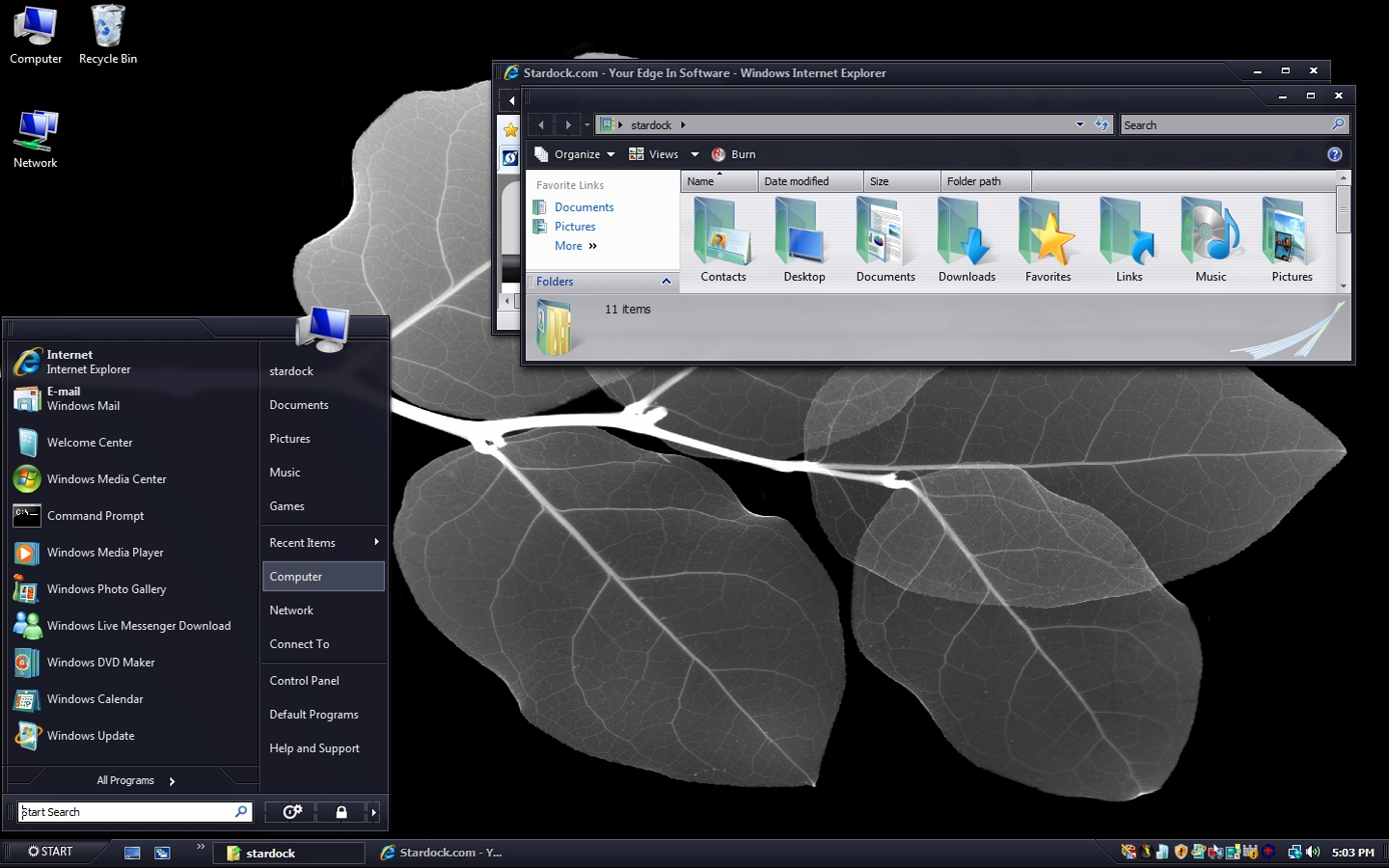 Current WinCustomize Subscribers can find this in the Subscribers Resource area.  If you are not a subscriber, become one now!

Nice job on this

Looks Like a Mike B skin, am I right?

Shhhhh!, don't be giving out any secrets.

I finished this back in January, so it's nice to finally see it published.

Oh, and the skin looks fantastic. Will be great for every day use.

I know the feeling

Are you still using XP, Z71? I find the small shellstyle icons rather pointless and distracting, so that's why I tend to make them blank. I don't see any reason to skin them just because I can if it doesn't enhance the design. Is it really effecting usability for you?

Z71
Reply #13 Friday, October 30, 2009 12:11 PM
Yes, I still use XP. No need to throw away something I paid for, that still works fine for me. Never had a problem. Knock on wood.
Do you still use XP or do you skin it blindly?
I did fix it. I noticed you used one icon for all of them, so I just added that one.
No, the skin is unusable without that icon. Can't believe you asked me that.

I'm with Mike her.... I don't need an icon to tell me what window I just opened. A solid color .bmp (same color as the panel background) serves me well in "skinning" those dudes.

Its basically a preference option, I skin them all, 99% of the time because I feel obligated to and I believe it does look better, Also a way to distinguish oneself via creativity, having said that, doesn't bother me at all if someone else doesn't.

One thing tho Mike \ SD.. I have noticed on some of your skins that the large 'spacial' shell images in XP are not showing. This is because you apparently are skinning XP last and the explorer background image in Vista.. is being used in XP. When this happens, your XP shell images are not showing to the XP user. This is a shame as you did take the time to make them. I'm sure you probably weren't aware so I thought I'd point it out.

The explorer Bg's can be removed in the XP version to remedy the issue.

Btw, anyone with SKS can do this easily for themselves if they would prefer to see the special folder shell images as opposed to pinstripes.

The skin itself is very clean, very usable, as usual. I'll be holding onto this one.

to WC for getting the ball rolling on teh sub. skins.

Z71
Reply #19 Friday, October 30, 2009 12:53 PM
The explorer Bg's can be removed in the XP version to remedy the issue.
Yes, I agree, that is one way to do it.
Or you can go into Advanced Settings and make sure the "I want skins to be able to apply textures to the back of explorer windows" is un-checked. That fixed it right up.

I love black / dark blue skins.  This is a nice addition.  Thanks to all.