If you have already upgraded to Windows 8 Pro, be sure to visit http://windows.microsoft.com/en-US/windows-8/feature-packs before January 31 to take advantage of the free Windows 8 Media Center Pack offer.

Even if you have no plans to use Media Center, we encourage you to take advantage of this free upgrade AND use the code before the end of January. The future DeskScapes 8 beta and release will be encouraging the use of AVI/WMV codecs for dreams. 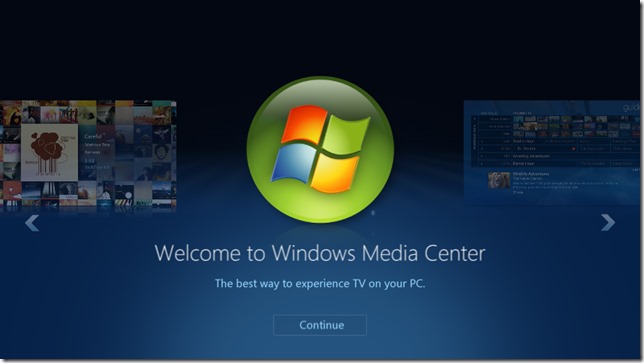 GUI Champs 2012: Most Creative and Most Usable Wallpaper Winners Announced!

We are excited to announce the winners in the Wallpapers category for Most Creative and Most Usable in the 2012 GUI Champs!  We had over 70 wallpaper entries and it took our judges a while to decide on the finalists, which were then open to public voting.

Now for the winners!

Congratulations to the winners, and a big thanks to everyone who submitted wallpapers!

The 2012 GUI Champs is now officially open for submissions!

Thousands of dollars in cash and prizes is up for grabs from our sponsors at Logitech, Stardock, and WinCustomize.  Submissions are open for wallpapers, WindowBlinds skins, and DeskScapes animated wallpapers!

The first category, Wallpapers, closes on October 31st, and the full schedule can be found on the GUI Champs site.

Multiplicity 2.0 is currently in BETA and you're invited to try it!

Multiplicity gives you the ability to control and quickly switch between multiple computers with one keyboard and mouse, reducing complexity and freeing up desk space for more efficient use.  Multiplicity 2.0 is currently in BETA and you're invited to try it!

The Multiplicity 2 BETA is available as a free download for controlling one additional computer from https://www.stardock.com/products/multiplicity/beta/.

Note: If you currently have MP1 installed, you will need to uninstall and reboot (the installer prompts this).

Don’t have WindowBlinds?  Get it here!

You can download WindowBlinds 7.41 from the Stardock download page (http://download.stardock.com) or via the beta of Stardock Central (https://www.stardock.com/products/stardockcentral). 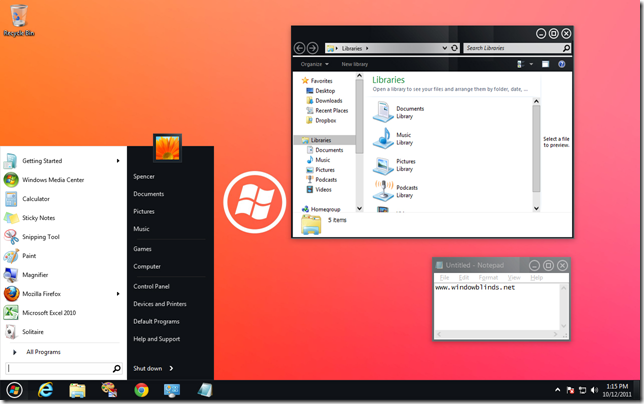 Today we have released a new build of the popular Start8 application for Windows 8!

We added a new feature that we think you'll love:

Just a reminder of the other features Start8 includes: 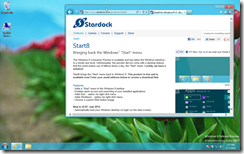 What used to be called “RC” (Release Candidate) has been spun to “Preview”, but the meaning remains the same.

Apparently, the W8 RC is planned to be released today. This was “accidentally” revealed in an MS hardware and driver blog post (Chuck Chan, Corporate V.P. Windows Development team), yesterday. The blog post has since been taken down.

Owen Williams nailed the screen shot on Neowin though and here it is:

According to Owen Williams, the W8 Driver Kit will also be made available today.

Check out his article for links which aren’t active yet.

Microsoft has a huge blog post from the head of the user experience team for Windows 8 about the UI changes and some ideas behind them.  It’s long, but an interesting read.

“So what is the role of the desktop in Windows 8?

It is pretty straightforward. The desktop is there to run the millions of existing, powerful, familiar Windows programs that are designed for mouse and keyboard. Office. Visual Studio. Adobe Photoshop. AutoCAD. Lightroom. This software is widely-used, feature-rich, and powers the bulk of the work people do on the PC today. Bringing it forward (along with the metaphors such as manual discrete window sizing and overlapping placement) is a huge benefit when compared to tablets without these features or programs. It is an explicit design goal of Windows 8 to bring this software forward, run it better than in any previous version of Windows, and to provide the best environment possible for these products as they evolve into the future as well.

We see our approach validated time and time again. On one hand, the makers of tablets and phones are in a race to add “PC capabilities” to their devices: support for peripherals like printing, remote access, high-resolution screens, or classes of new APIs for developers that already exist in Windows. At the same time, we also see consumers demanding features in these platforms that have existed for years in Windows—from things as mundane as full support for the keyboard and mouse, to things as complex as support for multiple monitors, background processing, or third-party accessibility tools.” 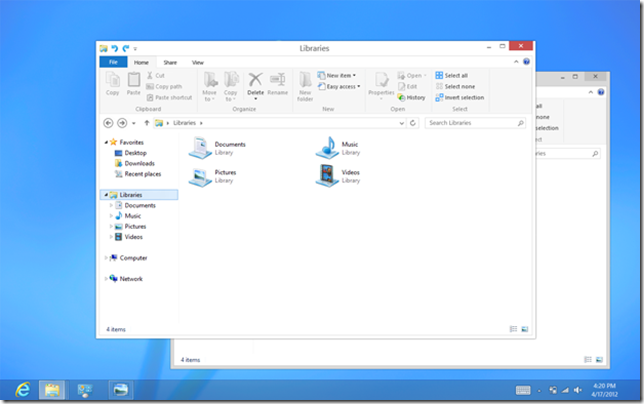 So what’s going on with Object Desktop these days?  The answer: A lot. Much of what we’ve worked on for the past year hasn’t gotten communicated very well to our consumers and I apologize for that.

As some of you may know, we sold Impulse to Gamestop last year.  A lot of people couldn’t believe that we would sell our most profitable business unit. But I suspect some of you will understand why.  It was consuming us.  In another year, Stardock would have been Impulse and little else.  And if money were the only purpose in life, maybe that would be a good thing.  But Stardockians want to make cool stuff, not put all our time into selling other people’s stuff no matter how cool it is. 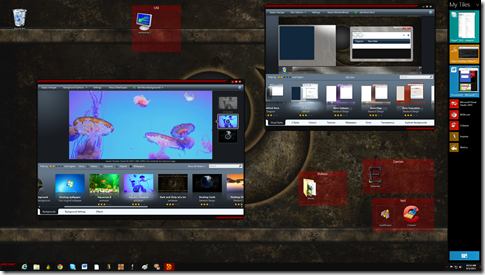 That isn’t to say we haven’t been able to release some really cool stuff in the past couple of years.  Fences was recently regarded as the “best. program. ever.” by CNET. WindowFX 4, DeskScapes 3 upped the ante and while not part of Object Desktop, ObjectDock 2 came out this past year. And there have been updates to WindowBlinds, SkinStudio, IconPackager and Theme Manager in recent times to keep building on their success.

The cost of compatibility

At this stage in the development of desktop enhancements, we have to make some tough choices.  The #1 slow down to our development cycles has been trying to get things to run on Windows XP, Windows Vista, Windows Vista 64, Windows 7, and Windows 7 64.  And we are already developing for Windows 8 as well which is, in itself, a pretty significant departure.

So on the one hand, customers want new stuff and lots of updates but on the other hand they want their OS supported and we just don’t have the manpower to do that.  Back in the Windows XP days, we could crank out a ton of cool stuff.  Now, we have to worry about whether certain system DLLs will be available on Windows 7 “Ultimate” vs. Windows 7 “Home” or whether they were taken out entirely after Windows Vista Business.  Desktop Enhancements: Fun times.

Of course, in the old days, I was around to keep everyone in the loop on this stuff. For a lot of our long-time customers, it’s not the slow down in new programs but the lack of communication. Hence, the hidden cost of the focus on Impulse for the last couple of years.

Where we are now

Our most radical new program is called Tiles. There’s an early beta of it on Object Desktop right now. It’s designed to enable users to manage their tasks in “pages” of tiles that represent what they’re currently working on or will be working on.

In the old days, we made virtual desktops. That made sense when we were all running on individual, low resolution monitors.  But today and into the future, high resolution, multiple monitor setups are how power users work and what they need are things that let them make full use of that.  That is the purpose of Tiles.

In a similar vein, we’re working on a new program that will let you more effectively switch between running tasks via your keyboard.  Microsoft and Apple have each tried their hand with this but we have felt they spent too much effort in making it demo well versus being a practical tool.  And let’s face it, Alt-Tab is starting to get pretty long in the tooth.

DeskScapes is continuing to evolve as we prepare for the day of letting pretty much everyone make their own dynamic content for it.  The idea is to make it so that the desktop background isn’t limited to being pretty but can be made into a useful area.

There’s not a lot to tell (publicly anyway) as a lot of work involved with Windows 8 that we can’t discuss.

There’s been screenshots of Fences 2 floating around. We have no ETAs on it yet as seeing what is (and isn’t) doable on Windows 8 is taking up some time.  But there’s a lot of interesting new features in the works including letting users define a directory as a Fence as well as having Fence “pages”.

We’ve had a hard time with Windows 7 folders and we’re not sure if this is going to be cured in Windows 8.  If it’s not, we may make changing the default folders of Windows 7/Windows 8 become a “hidden” (i.e. off by default, unsupported) feature. 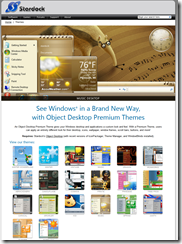 Not so much a secret but rather we haven’t come up with a name for it yet. It’s a program for skinning the new Windows 8 immersion UI.

Same thing, not secret but a program that takes some of the non “FX” parts of WindowFX and graduates them to their own program.

I don’t have a lot of good news to report on this.  The effort in making it work well on all these versions of Windows is not going well at all.  We are still deciding its future.

Theme Manager 4 has become our preferred method of applying suites.  We killed MyColors entirely.  So over the coming months you’ll see a lot of of the MyColors themes become Theme Manager .suite files.

We are looking at updating CursorFX to support the DWM but it is still in the planning stages as we’re not sure the demand vs. cost of this yet.

This is more an area where we need to bring in more developers.  We’re hiring btw.

If you’re a great developer you can even work from remote.

Some… a lot of programs are not going to make the cut.  One decision we have made is that if we can’t make it work on Windows 8, it’s dead. That doesn’t mean we won’t still have it available but we won’t be doing updates for it anymore.  Another decision is that we will be ending support for Windows XP pretty soon. We haven’t decided a date but what it means is that after that date, we won’t be testing on Windows XP anymore on new releases. So a program may work…or it may not.  The same is true with Windows Vista.  It’s absolutely murdering us trying to support all these OSes.

So let’s look at the programs that won’t be getting love:

There will be a GUI Championships in 2012

There will be a revamp to WinCustomize 2012.  It will be more evolutionary than revolutionary. The main area will be performance and new features rather than a whole new look or something.

So that’s where we’re at.

What in the world is a DesktopGadgets.com?

and why do i care anyway?