Mad magazine is celebrating its longest-tenured contributor, Al Jaffee, with an issue devoted to him on the occasion of his retirement.

The latest edition of the smart-alecky bible of boomer humor, billed as the “Special All Jaffee Issue” and available Tuesday, is filled with reprinted and previously unpublished work by or about Mr. Jaffee, the creator of two signature features in the magazine, the intricate Mad Fold-In and Snappy Answers to Stupid Questions. 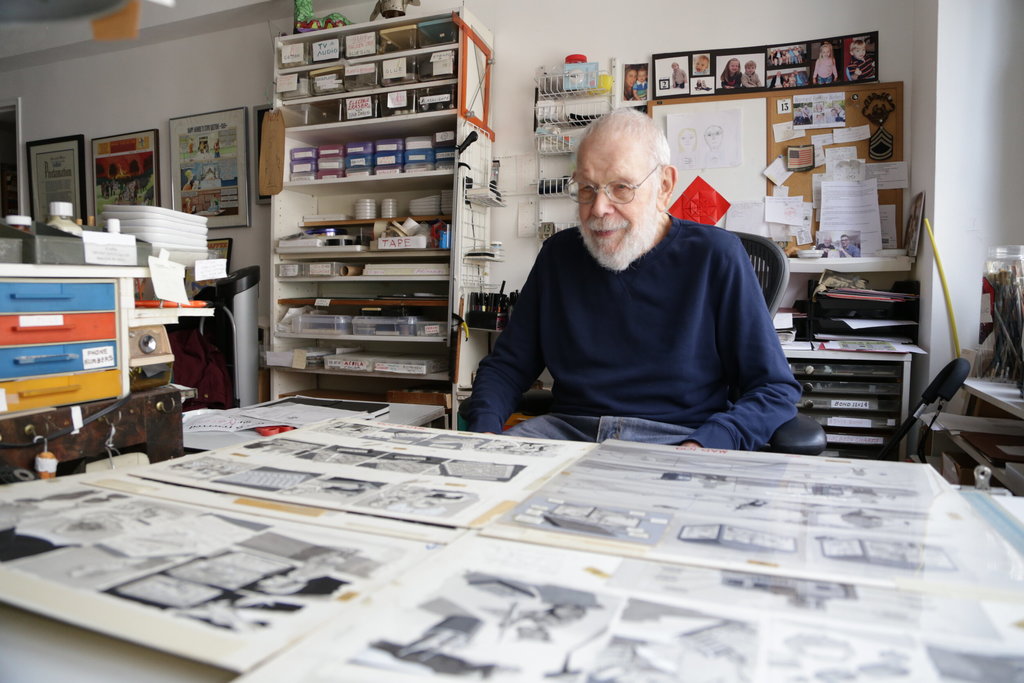 Wow. Talk about the end of an era. First Mort Drucker, Mad's great, great artist and caricaturist died in April, and now this. The greats are going, going, going...gone.

On the other hand, retiring at 99? What me worry? Thanks for the greatest mag ever!

And thanks for this, Hank.

A bit more about his amazing life story life story...

"Jaffee’s inventive work has enlivened the pages of MAD since 1955. To date he has pickled three generations of American kids in the brine of satire, and continues to bring millions of childhoods to untimely ends with the knowledge that parents are hypocrites, teachers are dummies, politicians are liars, and life isn’t fair.

Jaffee’s work for MAD has made him a cultural icon, but the compelling and at times bizarre story of his life has yet to be told. A synopsis of Jaffee’s formative years alone reads like a comic strip of traumatic cliff-hangers with cartoons by Jaffee and captions by Freud. Six-year-old Jaffee was separated from his father, uprooted from his home in Savannah, Georgia, and transplanted by his mother to a shtetl in Lithuania, a nineteenth-century world of kerosene lamps, outhouses, physical abuse, and near starvation. He would be rescued by his father, returned to America, taken yet again by his mother back to the shtetl, and once again rescued by his father, even as Hitler was on the march.

When he finally settled back in America as a twelve-year-old wearing cobbled shoes and speaking his native English with a Yiddish accent, schoolmates called him “greenhorn.” He struggled with challenges at least as great as those he had met in Europe. His luck changed, however, when he was chosen to be amember of the first class to attend New York City’s High School of Music and Art. There his artistic ability saved him.

He would go on to forge relationships with Stan Lee, Harvey Kurtzman, and Will Elder, launching a career that would bring him to MAD magazine. There he found himself at the forefront of a movement that would change the face of humor and cartooning in America." - from the back cover of his biography, Al Jaffee's Mad Life: A Biography Hardcover by Mary-Lou Weisman.