However....time for your latest/current Desktop Screenshots for July.... 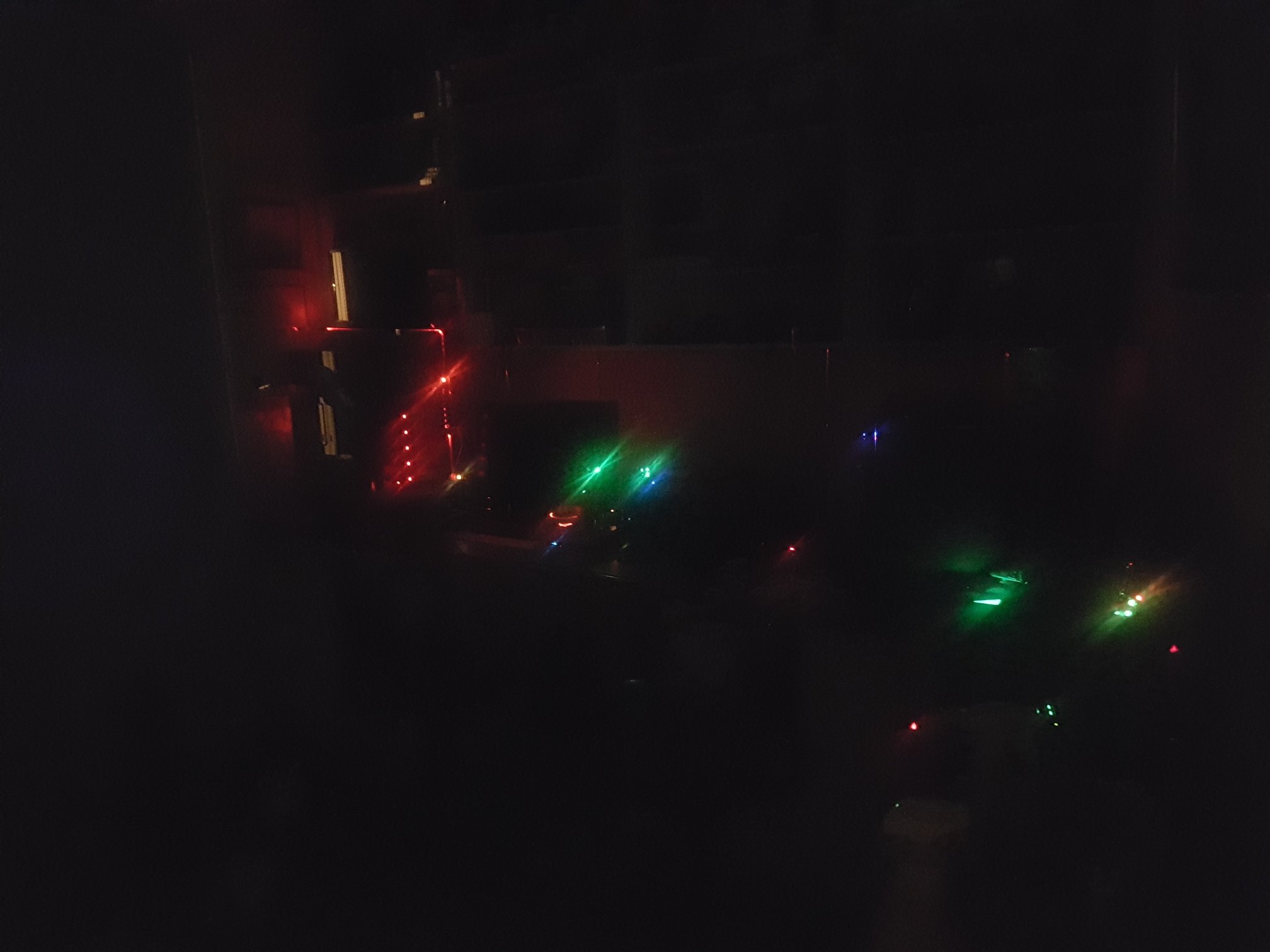 Here's an early peak at a new Master Skin I have in development right now called Tesla.... 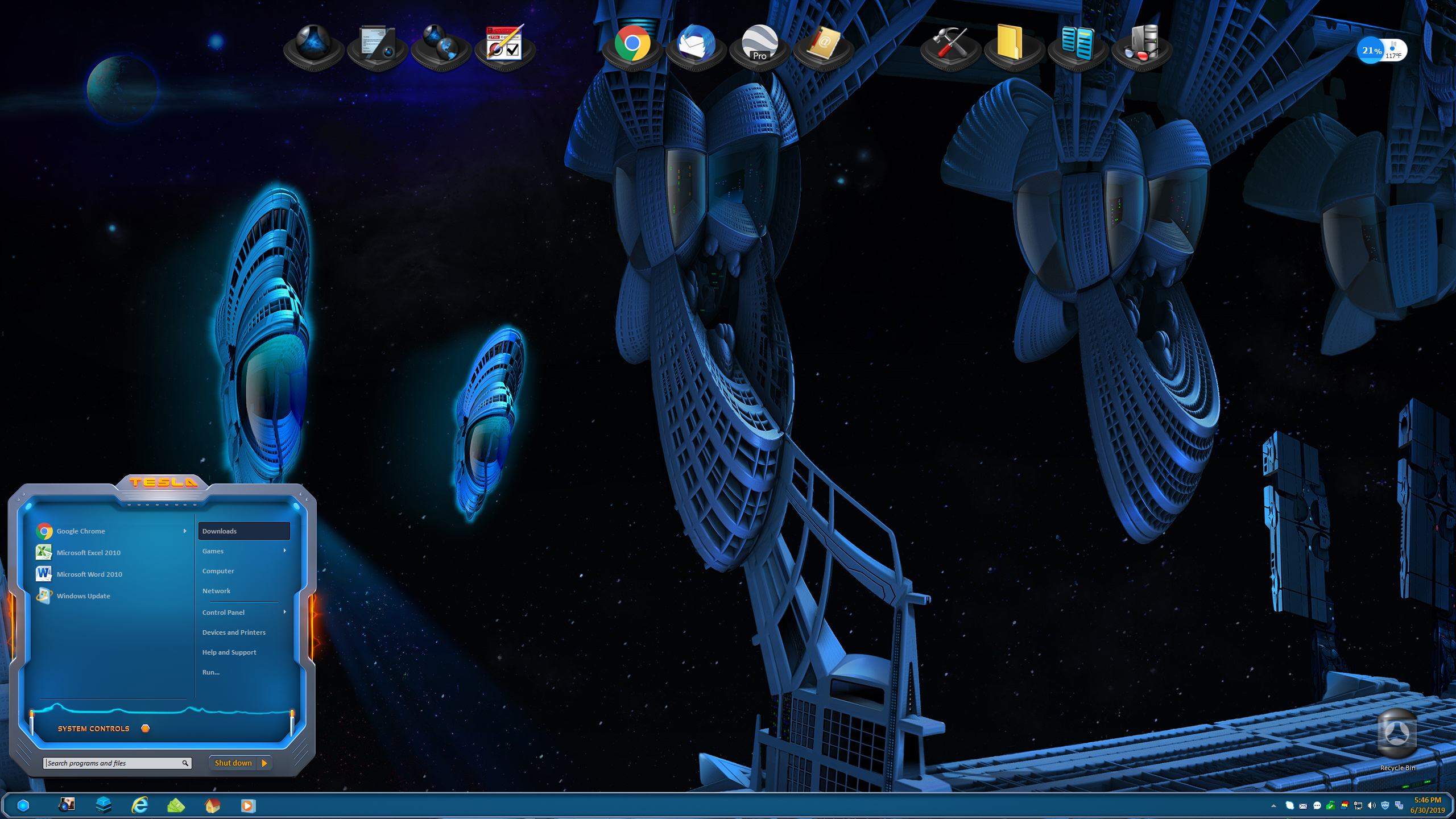 Going to be a while on this one though, lots of work ahead! 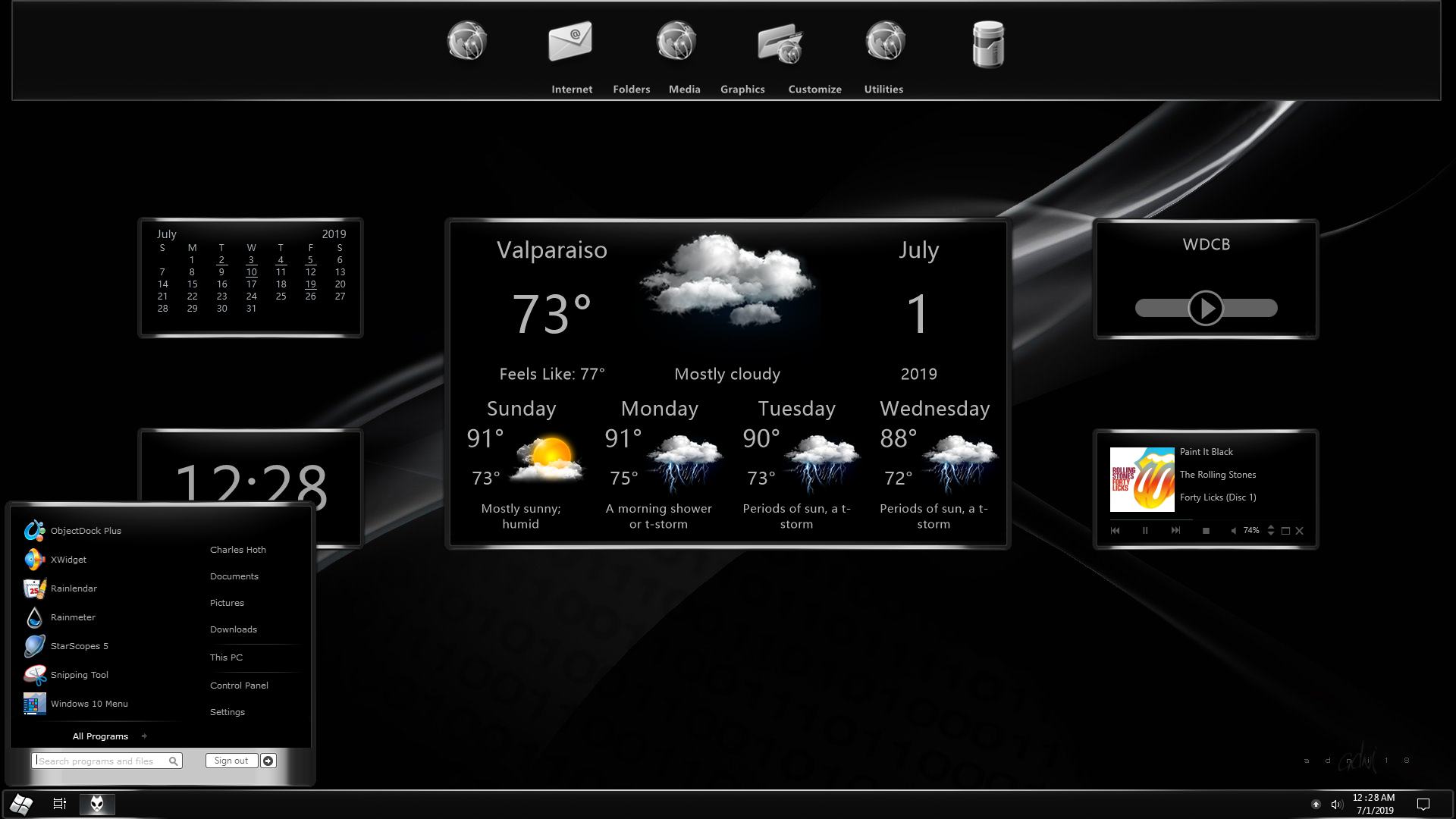 Just Pixel-love all the way 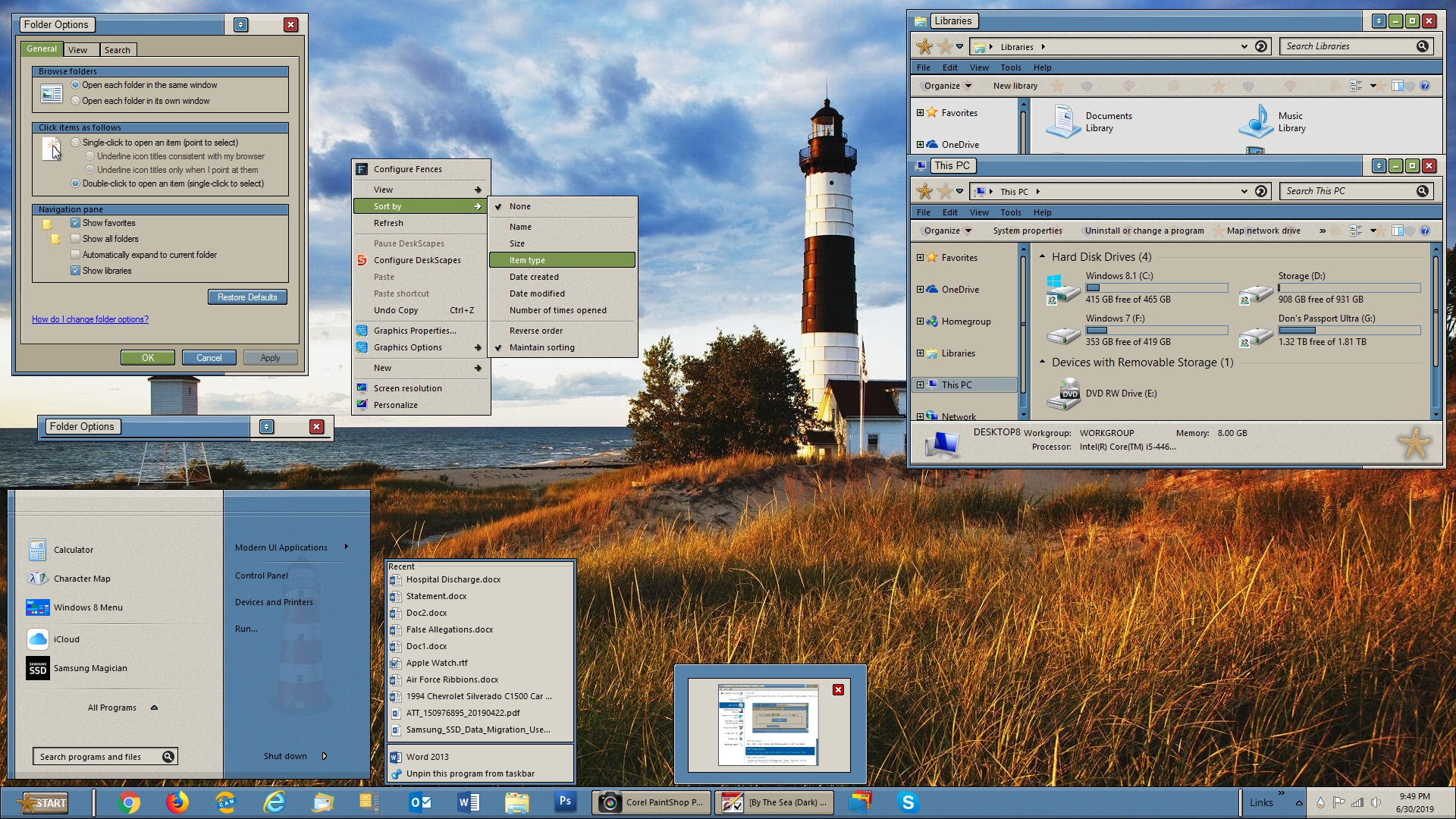 "Windows Black" For sure -Nice

This wall goes really well with this skin.  That is all. 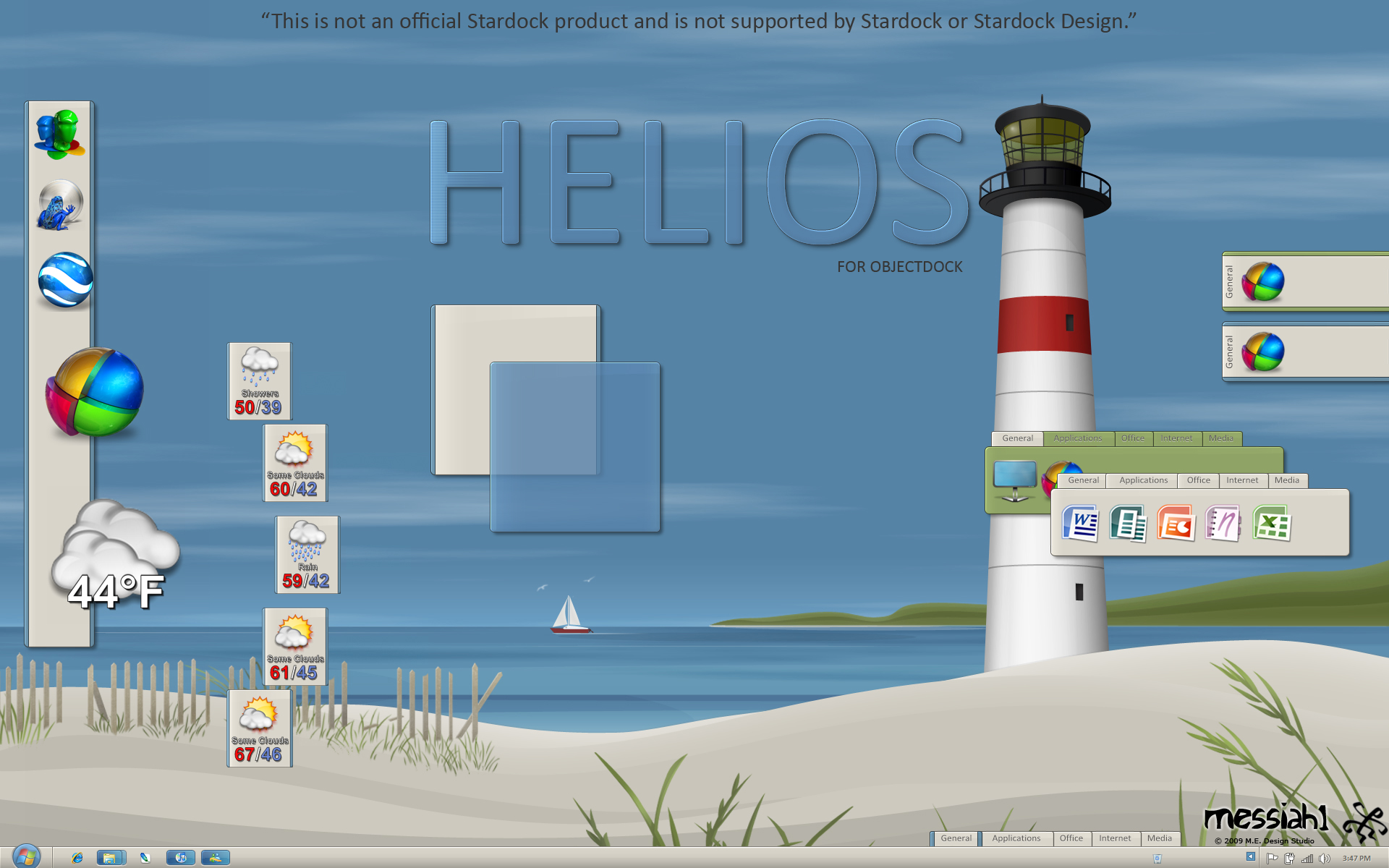 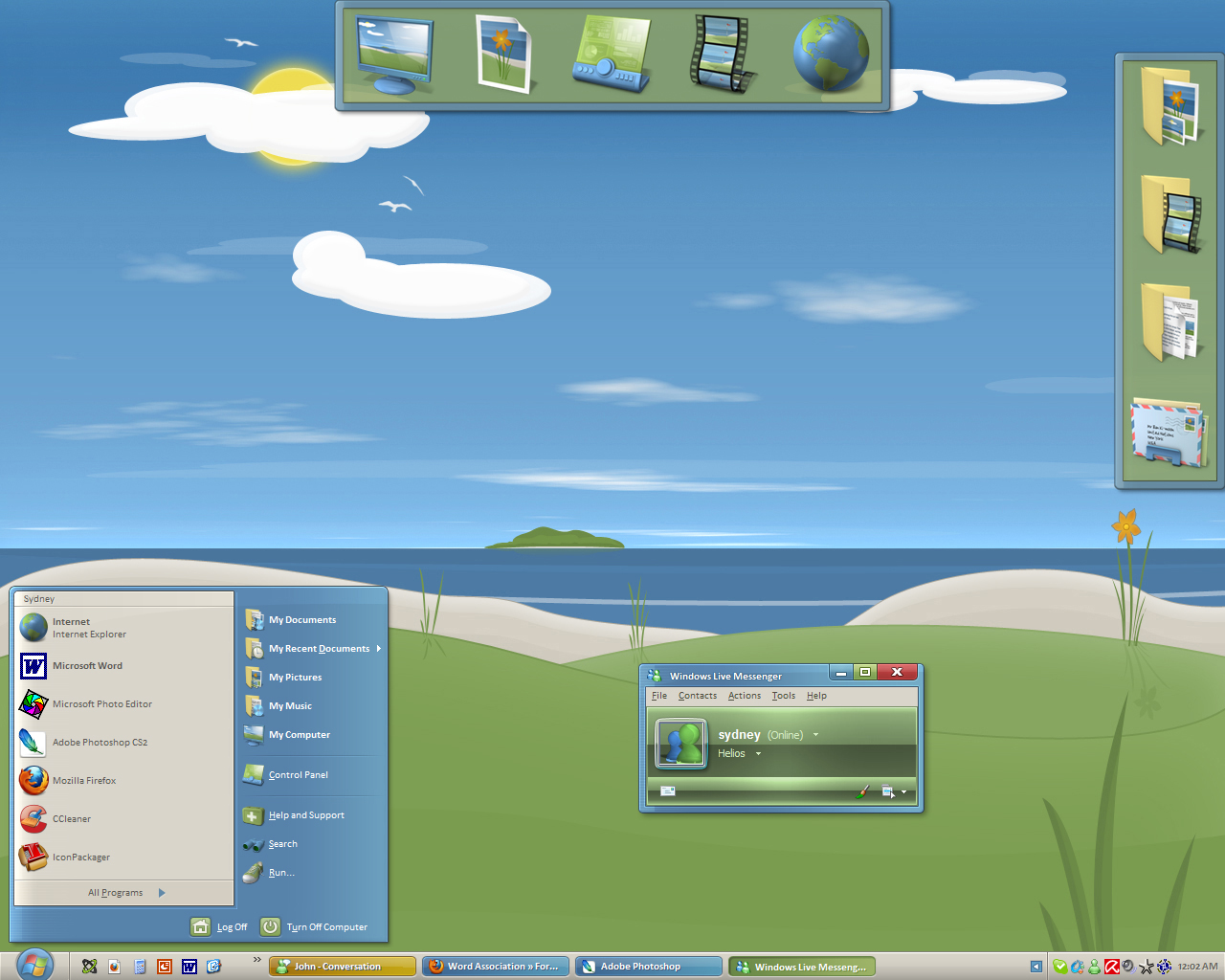 LOL... so your saying WIn 10 SHould look like my Theme Helios then?


LOL... so your saying WIn 10 SHould look like my Theme Helios then?

I didn't want to bring it up but I thought Helios as well.

A skin can "look similar" to another skin and not be an issue.  It has happened countless times here on WC over the years.  Example: I was once "sorta accused" of copying (stealing an idea) for a cursor that looked a lot like one just released by a master skinner here.  Wiz knew, and had been using a cursor of mine for weeks that I just hadn't released yet. Mine was made before the one I supposedly copied.

Point is, guys, that people see a skin they like, they get inspired by it. Decide they want a skin of similar color scheme, so they make theirs.  This IS NOT copying/copyright infringement. People see a nice Jaguar, and then they decide to make their own wallpaper with the car image on it, not copying.

Let's be big boys and not take this where it doesn't need to go, eh?

I agree. It just made me think of Helios. Nothing more than that.

Let's get back to showing off! Don5318's Dark Glass 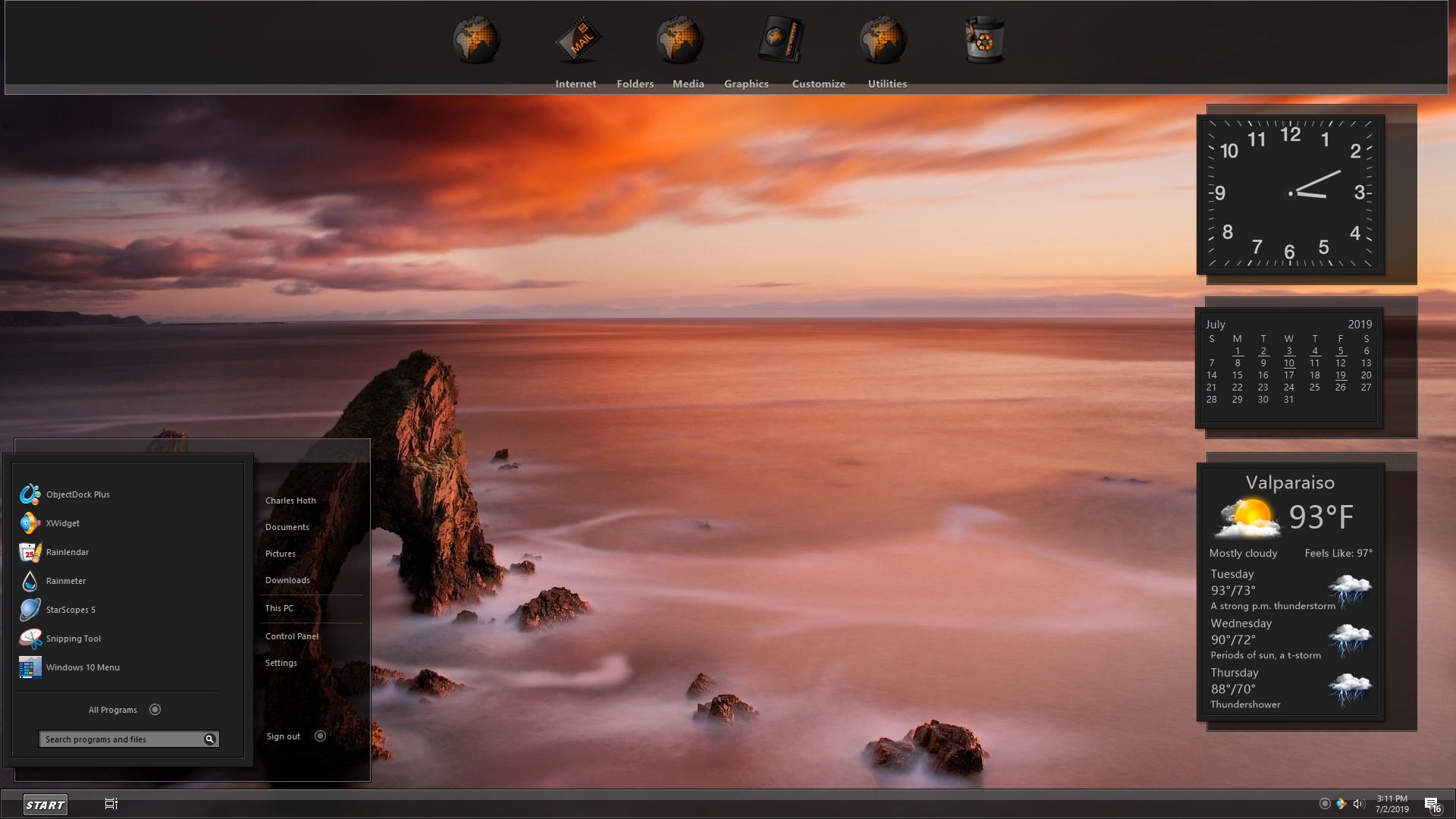 First time I'm seeing Helios. What's up with that? Did I lose me somplace?

I'm back with Icebabee's Starship 01 in tow 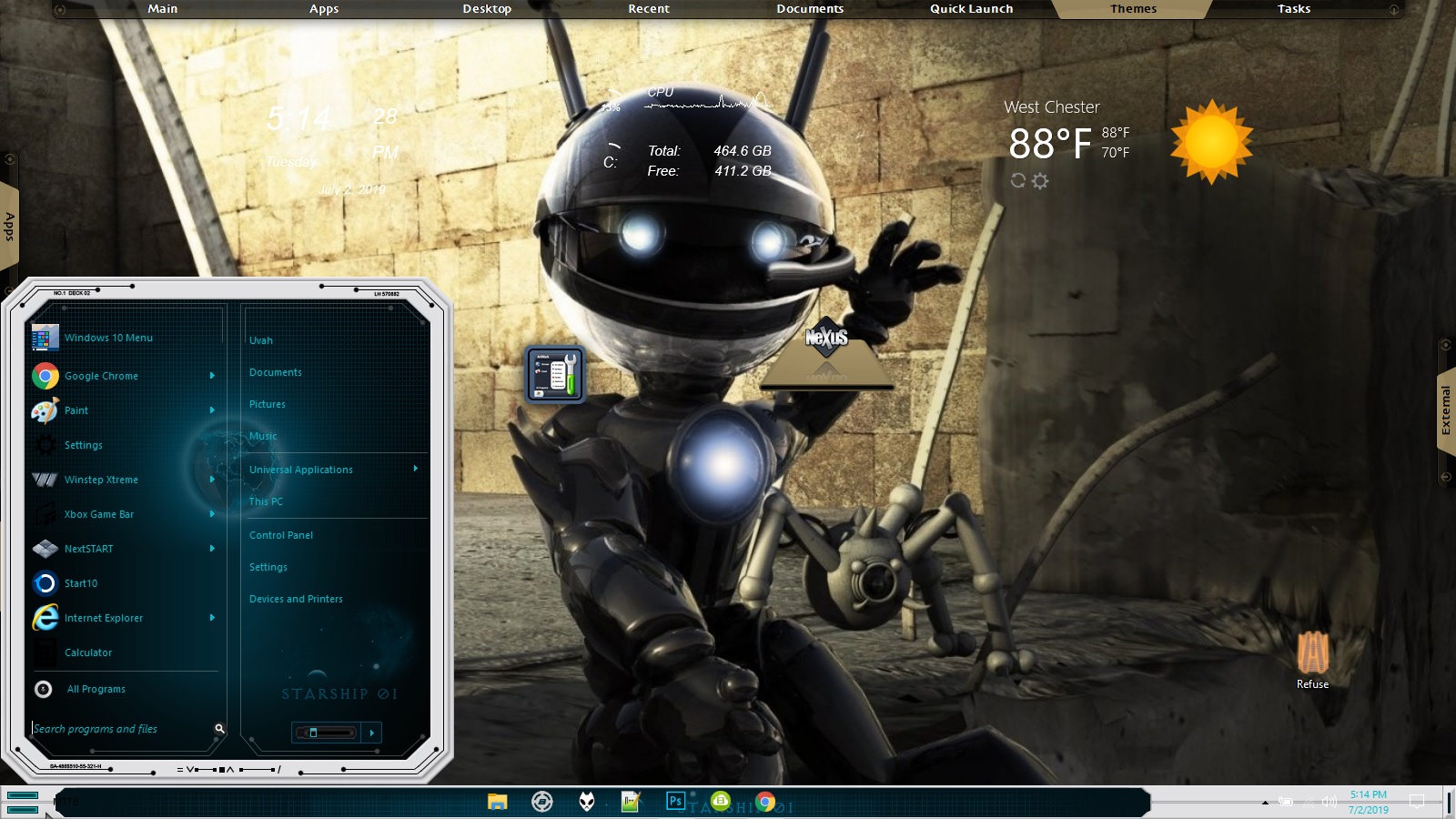