Organizing Your Desktop with ObjectDock

ObjectDock 2.1 is now available, and it has been one of my personal favorite apps for a long time.  I like to keep a more minimal and organized desktop, which can become difficult--considering the wide variety of projects I have going on at any given time.

That said, I would like to share several setups using ObjectDock that will give you some help organizing your desktop.

Use the "Tabbed Docks" feature

If I had to pick my favorite feature from ObjectDock, it would be the tabbed docks.  This will help you with getting an organized desktop quickly/easily, and that’s why I’m talking about it first.  I like to have tons of shortcuts on my desktop, but also want to get to them quickly. The best solution for me is to create several tabs with different app categories in one dock, then place my shortcuts into the desired tabs.

The image above shows an example of a tabbed dock I have on my desktop.  I have more categories to add, but for now I am featuring the ones I use the most.  The "Office" tab has the Microsoft Office shortcuts I use the most – Word, Excel, PowerPoint, OneNote and Publisher.  I've done the same with my "Adobe" tab which holds the various Creative Cloud apps like Photoshop and Lightroom.  You can configure the tabbed docks in a way that works perfect for YOU.  This is also a great way to keep your favorite game shortcuts handy as well.

If you really want a clean desktop, you can replace the Windows taskbar AND desktop icons with ObjectDock dock.  There's an option on the configuration screen that allows you to hide the Windows taskbar, so your custom dock is the only one showing on your desktop.  You can configure your dock to display the system tray and running tasks, too. 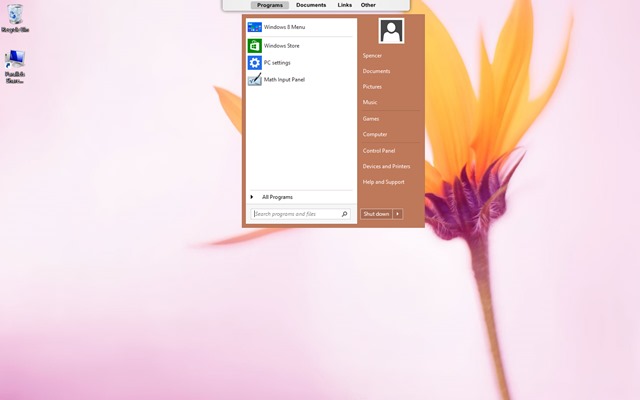 You don’t have to limit yourself to one dock.  ObjectDock allows you have multiple docks on your desktop.  Use one for shortcuts to websites, and have another with flyout menus for your documents folder. 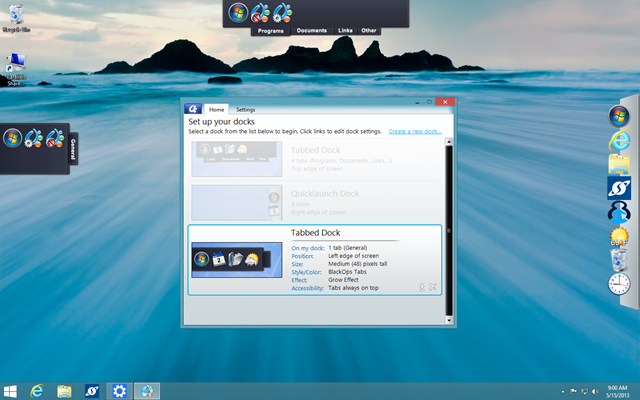 ObjectDock is easy to setup and configure for what you need.  Create docks, move them around to different locations, try different setups.  It’s a very useful tool for desktop productivity and organization!