Are there any known tricks for the treatment of Office 2007?

That are the settings in UIS2 in SkinStudio: 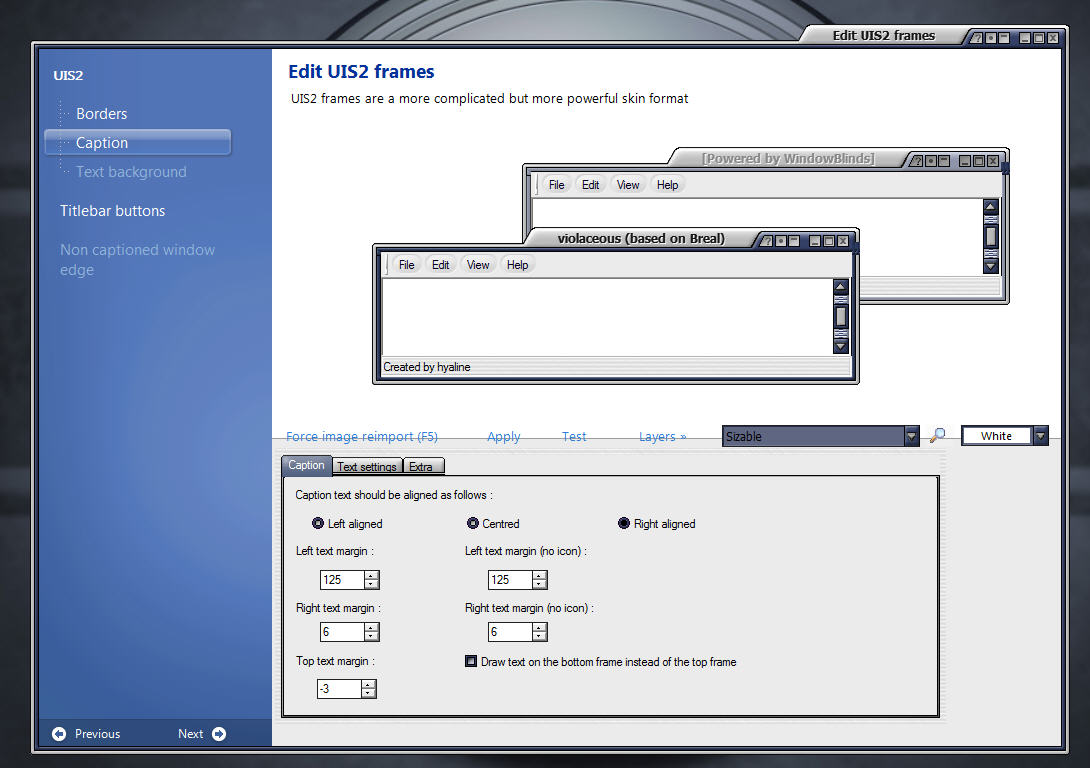 That does the job for all programs including Windows Explorer 8, but not for Office 2007.

But if I shrink the window to a very small size until the icon appears in the caption, then everything looks good:

I think I tried nearly all possible logic and not logic combinations in SkinStudio in order to fix this, but I just don't get it.

Do I miss something? Are there any tricks or cheats required to make the title bar and caption work in Office 2007?

Office has it's own skinning engine. I think you're limited to just the window frame and color palatte.

So if I use WindowBlinds with skinned title bars and captions I have to live with broken title bars in all Office programs???

What you may need to do is set your quick access toolbar to show below the ribbon......I don't see enough on your ss to tell if you've done this already or not. The toolbar would normally show in the area where you have no titlebar.

That style of titlebar is not really suitable for Office apps.

Drachenstein66
Reply #5 Monday, December 14, 2009 3:25 PM
Neil Banfield
reply 4
That style of titlebar is not really suitable for Office apps.
Neil, do you know how much time I spent with this skin? Please don't tell me, I have to forget about it....

Okay, I try it that way:

In SkinStudio the settings for the Border is "not sizable". In all Windows programs it won't be sized and fits perfect. Only in Office 2007 it looks as if the settings of SkinStudio (or WindowBlinds) will be ignored and the border is resized horizontally:

Here that's how the object used for the border looks like:

For me it looks like I don't understand SkinStudio (which really can be the case *g*) or Office 2007 ignores completely the basic settings like "do resize" or "don't resize" of WindowBlinds.