The first (and only) alternative way to make Sidebar gadgets arrives

Version 3.5 takes gadgets to the next level

Stardock DesktopX has long led the way in allowing users to build a better desktop. It was the first program for personal computers that enabled end users to easily create mini-applications on their desktop.  DesktopX lets users create objects in just a few simple steps that can be combined together to make widgets or used to build entire desktops. DesktopX Pro was the first program that allowed users to export their creations as stand-alone programs called gadgets.

With the arrival of Windows Vista, gadgets have become much better known. The Windows Sidebar uses a particular format of gadgets (the .gadget file).  Stardock is pleased to announce that DesktopX 3.5 can create native Windows sidebar gadgets.  How easy is it? Check this out:

DesktopX can be used to create the simplest of desktop objects to sophisticated desktops that use VB Script, JavaScript, or C++ quickly and easily put incredibly cool stuff on the desktop. DesktopX has been used to create media players and weather gadgets for MyColors, to create alternative computer interfaces in movies, all the way to making PC game interfaces.  For this demo, we're simply going to create a short-cut gadget. 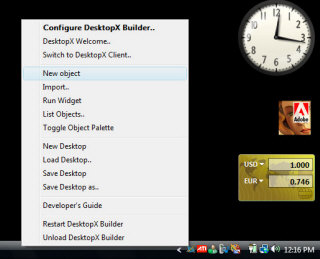 From the system tray, users create a new DesktopX object by right-clicking on the DesktopX tray icon

Step #2: Give the object an image 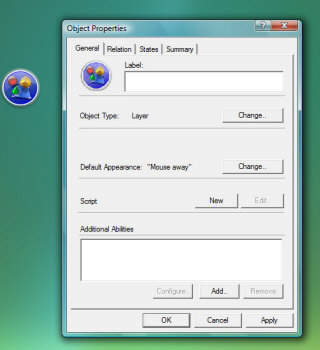 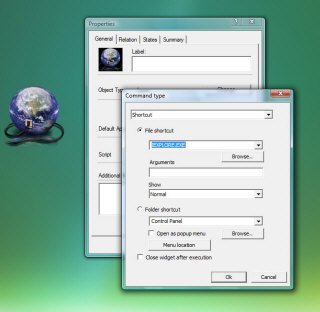 Users can type in a path or use the built in program finder. 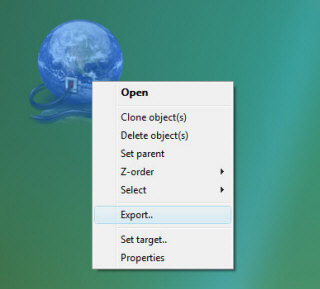 Right-click on the object and select export.

Step #5: Export as a Sidebar Gadget 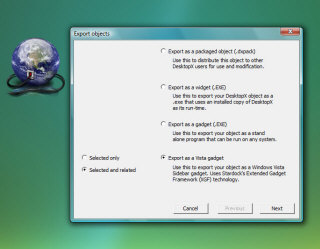 Users can export objects as widgets (which require the user to have DesktopX installed but are smaller in size), EXE gadgets (which are stand-alone programs), or as Sidebar gadgets (.gadget files).

Step 6: Give some basic info on the gadget 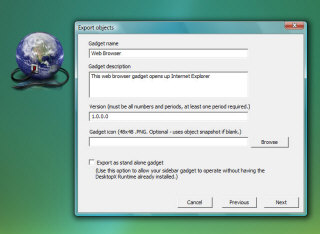 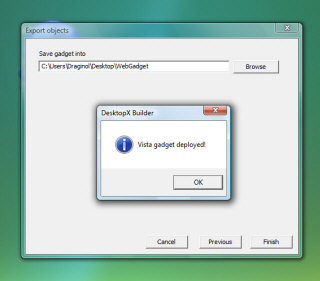 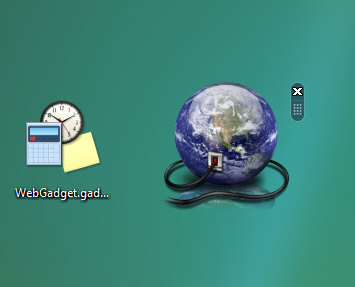 Floating on the desktop 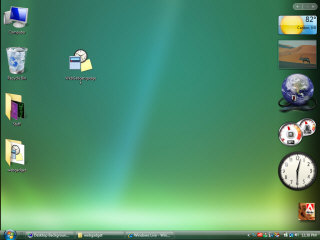 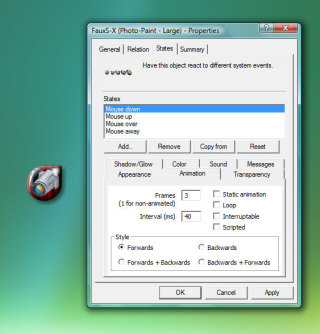 Animation and other effects are built into DesktopX

And DesktopX has integrated support for JavaScript, ActiveX controls, VB Script, Flash, and more.  Imagine what can be done by combining the power of DesktopX with Microsoft's Sidebar gadgets.

DesktopX 3.5 is currently in beta.  It's only available for users who have Object Desktop (www.objectdesktop.com).  Stardock expects the final version of DesktopX 3.5 to be ready before the end of the Summer (2007).

I can't wait to try it

Thanks SD for your awesome softwares

Sky's the limit with what you can do in DesktopX...time to liven up that boring Vista sidebar

I would say that Vista sidebar gadgets section will fill up at a fast rate.

thomassen
Reply #6 Monday, June 18, 2007 8:32 PM
Is this the same beta that accidental came out a couple of weeks ago? Cause I don't see an update?
Or is this update for the normal DX and not the Pro?

And is there API to handle docking undocking and settings?

Excalpius
Reply #7 Monday, June 18, 2007 8:46 PM
I can only imagine how much behind the scenes work actually went in to having this new option when exporting, hehe.

Congratulations on getting to the first milestone!

Just an observation but, having had Vista since the release, I only used the Vista sidebar once.

It makes more sense to me, that anyone using DesktopX , would be better to just create a sidebar as an object.  By doing this, your preferences are endless.

You could have it exactly the same as the vista sidebar but you could also have it any color, shape or style that you wish, transparent or opaque. You could set it to auto-hide and show on mouseover or controlled by an on/off button. You could have it where it is now, to the left or even at the top of the desktop.

There are countless objects here at Wincustomize that could be just dragged onto the DX sidebar – just make them a child of it. In fact, any object you create, either image or text can be used.

I know the dev team must have worked hard  to make this work and I am not trying to devalue their efforts, I just think there are other options.

ZubaZ
Reply #9 Wednesday, June 20, 2007 7:29 AM
Gef, Most people with Vista don't have DesktopX but they do have the sidebar.  And while I (like you) turned it off in place of DX, most people never change the defaults their computers come with.

By artists/coders being able to export gadgets those users can easily download and install whatever they need.  I don't know if they will or not . . but they can.

I will say this though, the mythical noob that comes to WC to get a sidbar gadget may be over-whelmed with all the other options here.  Or . .  . a door might be opened into a new world of desktop customizeation.

MSethWeisberg
Reply #10 Wednesday, June 20, 2007 9:22 AM
I have been having this long running argument with people lately over what programs use how much ram and work better: vista sidebar, dx, or y! widgets. I can't stand sidebar because in beta testing and then rtm with just the sidebar and 3 widgets I was using around 60-70 mb of ram. Now with y! widgets with the engine running and those same type widgets, I had around 10-12 mb of ram.

Now with dx 3 in compatibility mode and just the widgets running I had around 7. So take your pick.

You are right though that 95% of the general public won't ever turn off the sidebar, I like it that dx can now export to it. But I still say that it uses way too much.

I like the option of exporting to sidebar gadget. Currently I have one DX version and one Sidebar version of my London Tube gadget. Each gadget contain alot of similar code, but it's still some differences and I have to remember to mirror the code to the other project as I make changes to one. With DX.3.5 I can start coding solely with DX and simply export it into two formats.

However if you could find a way to host managed code within this framework, I think you could greatly expand developer interest (it's Vista after all). Weather gadgets, Flickr viewers, and stock tickers are a dime a dozen. As a developer, if you want greater depth in functionality you're currently looking at an awkward combination of VB/Java script and COM. Compare this to say developing a C# desktop application (with its debugger, integrated help, and so on).