It’s been awhile since DesktopX got the kind of love it deserved. And with the new Object Desktop in development, it’s getting some love.

First, DesktopX is going back to its roots – desktop eXtension.  Specifically, adding objects to the desktop that can be made to do interesting and useful things.

This will have some consequences and opportunities.

On the consequence side, we’re going to pull out features that are rarely used, hard to support, and are just generally not part of the core product.  For example, creating system trays. That was something we hacked in years ago that really shouldn’t have been in there.  In the early days when there was ObjectBar vs. DesktopX there was the desire to have these two programs be all things to all people.  In an age of Windows 2000/XP, we could get away with that.  But with XP/Vista/7, you really can’t, particularly in a world populated with the UAC where many many battles take place that users never see.

On the opportunity side, it sets up DesktopX to support new technologies like WPF (Windows Presentation Foundation). Picture being able to take an object and apply 3D effects to it even if the object itself is static.  There’s a lot of “good stuff” in Windows 7 that we want to make sure DesktopX is positioned to take advantage of.

A big area of change that most people, sadly, won’t notice (though power users might) is the under the cover work to make DesktopX not just work on Windows 7 but actually make use of the “plumbing” of Windows to do things faster, more robustly, and use less memory while doing it.

The target is to have a beta of DesktopX 4 in the next 2 weeks. 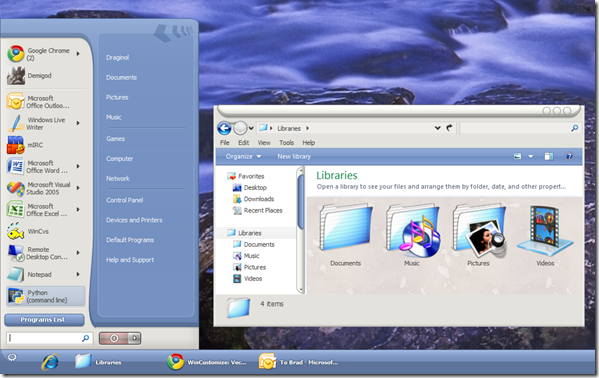 What’s that? You got Windows 7 but are wondering how you can skin it?

No problem: WindowBlinds 7 can do the job even with skins made all the way back in 2001.

WindowBlinds 7 is part of Object Desktop.

Object Desktop: Like getting the next version of Windows today

Object Desktop has been on the leading edge of desktop technology since its initial release in 1999.  Features that are considered “standard” today showed up on Object Desktop first – often years in advance.

Here are a few examples of innovations that showed up first on Object Dekstop:

Some of the things mentioned above probably seem impossible that one program suite could be where so many common technologies first showed up.

For example, digitral distribution clients.  Today, with programs like Steam and Impulse, not counting all the other programs these days that update themselves (Windows Live updating, Windows update, Adobe updater, etc.) that the first program suite to do this was Object Desktop back in 1999 with “Component Manager”.  It led the way in showing how you could release software that could be continually enhanced seamlessly.

While Macintosh users were claiming Microsoft “stole” the idea of gadgets from Apple or MacOS developers, it was Object Desktop that first introduced users to user-created scripted objects (widgets) back in 2000 – 3 years before it showed up elsewhere. In addition, such basic cosmetics as shadows under windows first became available to Object Desktop users back in late 1999 – years before it was available elsewhere.

Windows has come a long way since the look of “Windows classic” but even on Windows 7, the mechanism for “skinning” the Windows GUI was modeled after Object Desktop’s WindowBlinds technology.

Of course, there are also plenty of technologies that remain exclusive to Object Desktop users.  For instance, the ability to change all your Windows icons on Windows XP, Windows Vista, or Windows 7 remains exclusive to IconPackager (part of Object Desktop).

The ability to have animated wallpapers on Windows XP, Windows Vista, and Windows 7 remains something that only DeskScapes can do (part of Object Desktop).

And of course, the recently released “Fences” program (part of Object Desktop) is the first and only program for Windows that enables users to organize their windows icons conveniently or simply hide them all in a quick double-click on the desktop.

To see why power users have made Object Desktop the first thing they install on their PCs you have to look at some of the things it does today: 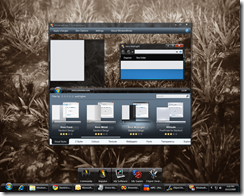 With WindowBlinds 7, you finally gain full control over the Windows GUI.  There are literally thousands of free skins available for download online that can customize Windows a bit or completely transform the GUI to look like another OS or something completely different. 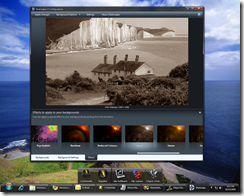 DeskScapes 3 isn’t just about animated wallpaper anymore. Now, you can take your existing wallpaper and apply a variety of effects for it. This kind of obvious enhancement to Windows is why Object Desktop has remained so popular. Object Desktop isn’t simply about doing cool stuff to your computer but extending Windows in ways that seem obvious in hindsight. 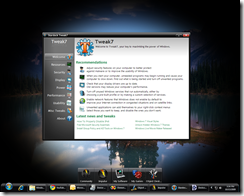 The Tweak series of utilities (TweakVista and Tweak7) give users streamlined access to underlying capabilities of Windows that normally would require scouring the net for registry secrets.  For example, Object Desktop users were able to alter their UAC behavior on Windows Vista in ways that are now only now coming to Windows in Windows 7 (which means in Tweak7 we’ve upped the features further). 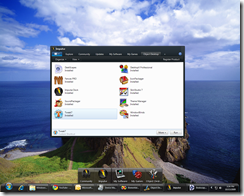 Impulse is the descendent of Component Manager (right image).  While most people were updating programs by sifting through websites looking for “patches” Object Desktop users simply loaded up Component Manager to see what new cool stuff Stardock had developed.  Impulse has been steadily building on to these possibilities (which we’ll talk about more at the end of this document). 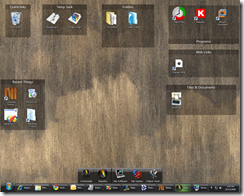 Fences, possibly the hottest new desktop utility to be released in the last couple of years.  Screenshots don’t do it justice.  Fences Pro, available only for Object Desktop users right now, has an additional set of amazing features such as auto-fences and more. 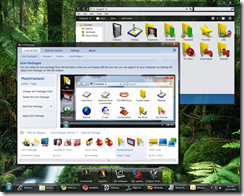 IconPackager is another program that seems so obvious that one wonders why there aren’t dozens of programs like it.  But it remains the only program that can take a package of icons and apply them to any version of Windows.  The IconPackager format has become the defacto standard for users to pass around sets of icons. 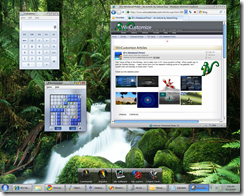 WindowBlinds can apply skins that were made for one version of Windows onto Windows 7 and it will automatically adapt the skin on the fly. 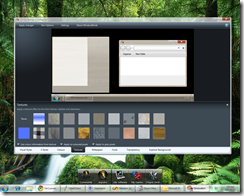 The latest version of WindowBlinds can also add textures to the UI.  Aero never had so many possibilities. 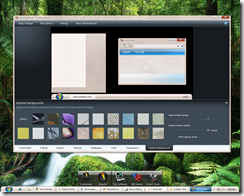 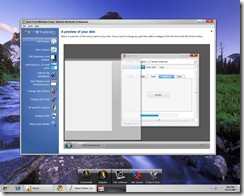 SkinStudio is the only program available that lets users create their own GUIs for Windows XP, Windows Vista, and Windows 7.

Meanwhile, with the release of Windows 7, Stardock’s labs are full of new features to be added to Object Desktop to take it even further into the future.  Power users will soon be able to greatly extend their windows experience in all kinds of ways that will extend their capabilities.  With more and more users having high end 3D hardware, multiple PCs they have access to, higher resolution monitors, the possibilities are endless and you will find them on Object Desktop.