WC Community Question: Are You Ready for Fall?

Friday, August 6, 2021 by Island Dog | Discussion: Everything Else

I am! Bring on the pumpkins! 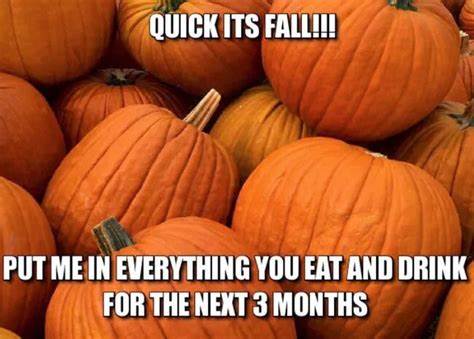 Friday, December 25, 2020 by Frogboy | Discussion: Everything Else

I'll be honest with you.  I spend a lot of time on Reddit.

One can see a direct correlation between the rice of Reddit (and to a lesser extent Twitter and Facebook) and the fall of blogs and forums.

And I think that's a shame because the nice thing about forums is that you get to know the regulars and there are many nice features on forums that Reddit doesn't have.

Still, the UI on many forums, including ours, is not as good as I'd like to see.  Which makes me wonder, what would it take to make forums more competitive to Reddit? What would they need for you to come visit more?

One reason I ask is that over the next 18 months Stardock is going to be releasing a lot of stuff and we'd like to get our forums in shape to hopefully offer a fun and useful place to spend time at.

In 2020, we did a number of behind the scenes updates that regulars might have noticed (for instance, the entire backend got a huge upgrade making everything much faster).  But there's a lot of UX stuff that we don't have a consistent opinion on which shows.

So we're asking you, what are 5 things you would do to these forums that would make you and other more inclined to visit?

I received a nice article in my email from Review Geek, going through photo editors and image manipulation and creation software for Windows systems, paid and free, so figured that in these days of being almost exclusively at home, folks might be interested in the software that's out there, and what each program does, as well as whom they're most compatible with.

I'm not going to recommend one or another, as there's no "one size fits all"...there wouldn't be an article to refer you to if that were so. If you have additional programs to add, please do so.

I'm adding OnOne Photo Raw 2020 (https://www.on1.com/), a program I use and enjoy a great deal as a stand alone, and as a Photoshop and Lightroom plugin, as well as Topaz Labs AI software which you can view here: https://topazlabs.com/shop/ . I use their Sharpen AI and Denoise AI as well as their Adjust AI programs which are both standalone and Photoshop plugins, like OnOne Photo Raw. They are truly excellent programs which save time in post production editing and help me with creative ideas, as well as just straight editing.

Anyway, the article I received is linked above, as well as here: https://www.reviewgeek.com/39536/7-great-photo-editors-on-windows-for-hobbyists-and-professionals-alike/

Have a good rest of the week, and stay safe and healthy!

This is certainly an interesting time right now. I know many of us around the world are social distancing, self-quarantining, or whatever phrase you are using for it.

So let's take a moment and check-in here and let the community know how you're doing during all this.

Friday, September 28, 2012 by Frogboy | Discussion: Everything Else

Great article by someone who got seriously harassed by a so-called Internet troll.

I've had to deal with a lot of crap over the years due to idiots on the net. The most recent due to gullible people buying into things they read on the net without critical thinking. Every comments section is filled these losers who regurgitate crap they read somewhere with no inkling of the reality of the topic. People like that do that not just because they're idiots (and they are) but also because they're pathetic. They think of people in the abstract as if we are just characters in some meta game.

You can't reason with them. I've made that mistake in the past, even recently. The best thing to do is ignore them (or alternatively, ridicule them). But in real life, every one I've met in person was driven not by envy but out of a total lack of sense. They're just sad creatures. But I don't pity them. They choose to be malicious.

i liked how the author dealt with the situation. every time I see some commenter on some site regurgitate some hateful thing about me or my friends I picture some snotty kid like in the article.

Support will be off this Friday!

Stardock gets a long weekend, woohoo!  Check out my forum post here:

Brad "Frogboy" Wardell Selected as a Game Industry Hero for 2008!

"A smart advocate of digital distribution"

Monday, December 22, 2008 by Spartan | Discussion: Everything Else

A couple weeks ago I asked people to nominate Frogboy for the third annual Edge Game Industry Heroes Award (EGIHA). It is given to 25 people in the industry worldwide that engender respect for the profession and demonstrated superior ability in achieving lasting tangible positive results throughout the year. They are seen as a catalyst of success and inspire confidence and admiration within their peer group and others.

I like to think of the EGIHA as an a combined Olympic & Oscar award for the gaming industry. There is no particular order of rank however. The named recipients are simply considered the best and the brightest the industry had to offer for the given year by the Edge editorial board. I think this is a very nice well deserved honor for Brad and his maverick activities for nearly two decades in establishing and building SD and crafting its alliances within the industry.

Moreover it is also a great testament to team SD as well as team IC for all their hard work this past year. After all a leader is nothing without a solid team of people around him/her and it appears SD & IC have it in spades. This is especially so given the company surrounding Brad on the list. Consequently I say it makes the SD family the biggest little guys out there.