For those who like to live on the edge

Windows has moved from a simplified update schedule to one that changes rapidly (and oftentimes without too much warning). With updates coming in many forms - from major releases each fall, to service packs feature experience packs, store updates, and more - keeping our software updated and functioning as expected is a bit more challenging these days.

While we only officially support our software on the release channels, we know that many of you run Insider builds of Windows 11. If you are planning to run these pre-release versions of Windows 11 and Stardock software at the same time, we encourage you to opt-in to the beta channel.

Our beta releases improve our products' compatibility for upcoming general releases of Windows 11. As an example, we had the version of Start11 1.24 that works with Windows 11 22H2 released as a beta several weeks before we pushed it to all of our users.

This means that users in the Insider channels running Start11 1.24 (pre-release) had a fully-functioning version of Start11, whereas users with an older version of Start11 on those versions of Windows 11 were missing features.

You have two options for accessing beta builds:

Keep in mind that beta builds will be less stable than our traditional general releases, but we do test/review builds for several days prior to releasing them to our beta users. And for bigger updates, we do pass our builds through a QA cycle before release. 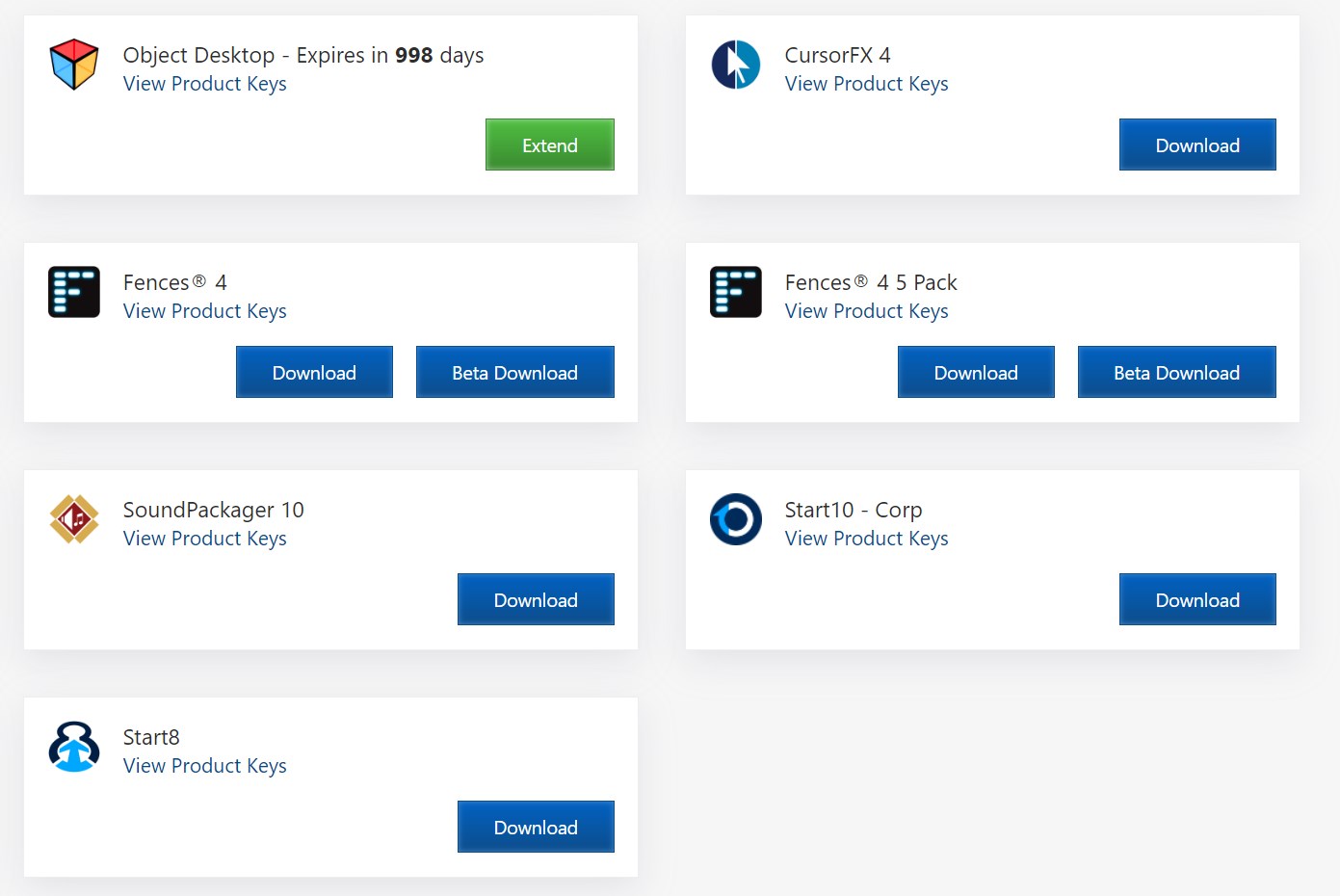 If you are running an Insider build of Windows 11, you are already aware of the challenges of running pre-release software. That being said, if you do venture down the beta path, we strongly recommend that you review our beta threads as they help us document and triage bugs in any build that we do ship.

Just want to clarify: Customers can access all their downloads by logging in to Stardock and go to this link https://store.stardock.com/myaccount/products

If you are an Object Desktop subscriber, you can click on "View Individual Downloads" (like in the screenshot) to get links to installers for all programs, including betas. 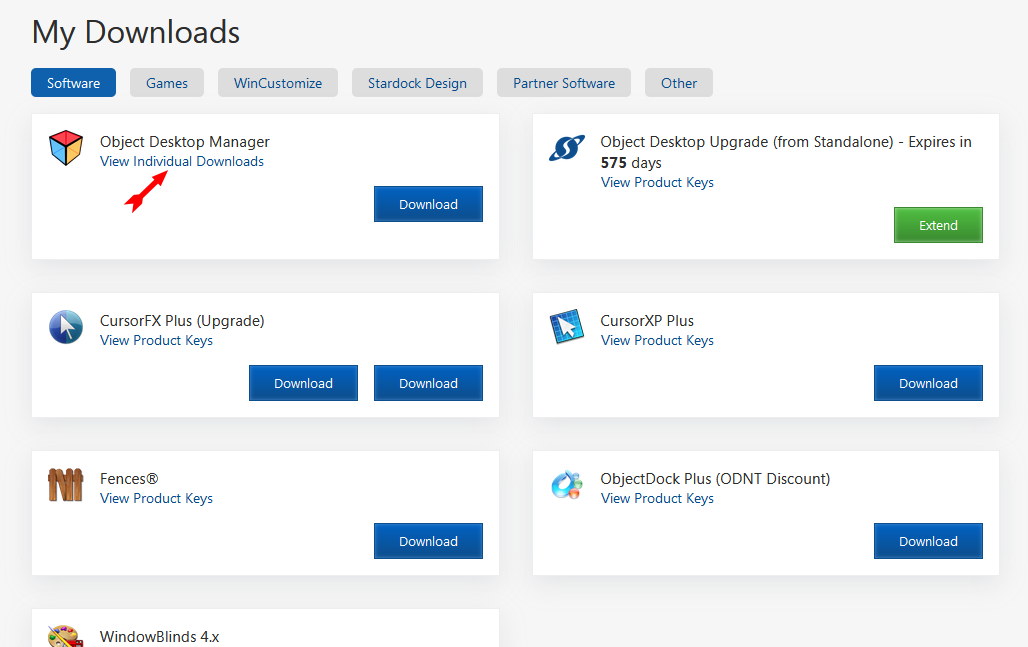