Is CursorFX not showing the last theme in the directory?

It seems CursorFX Config consistently isn't showing the last theme in the directory. I can compensate for it by copying/renaming a theme to plug the end of the directory: 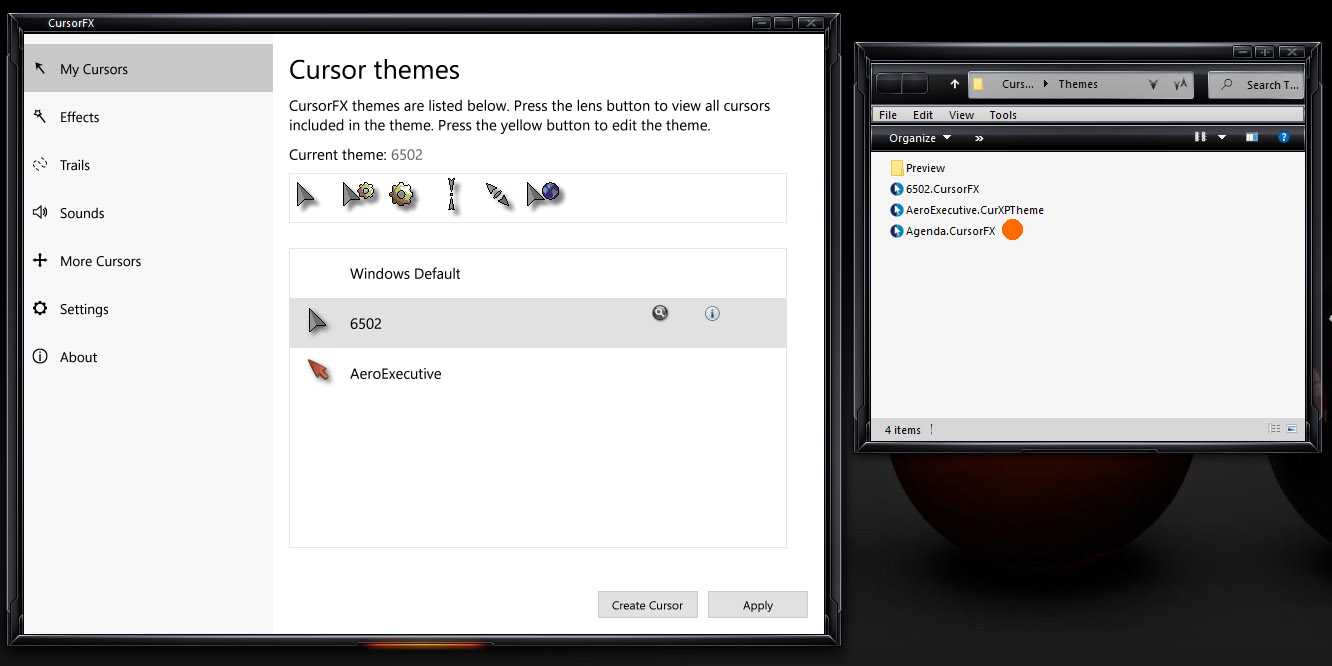 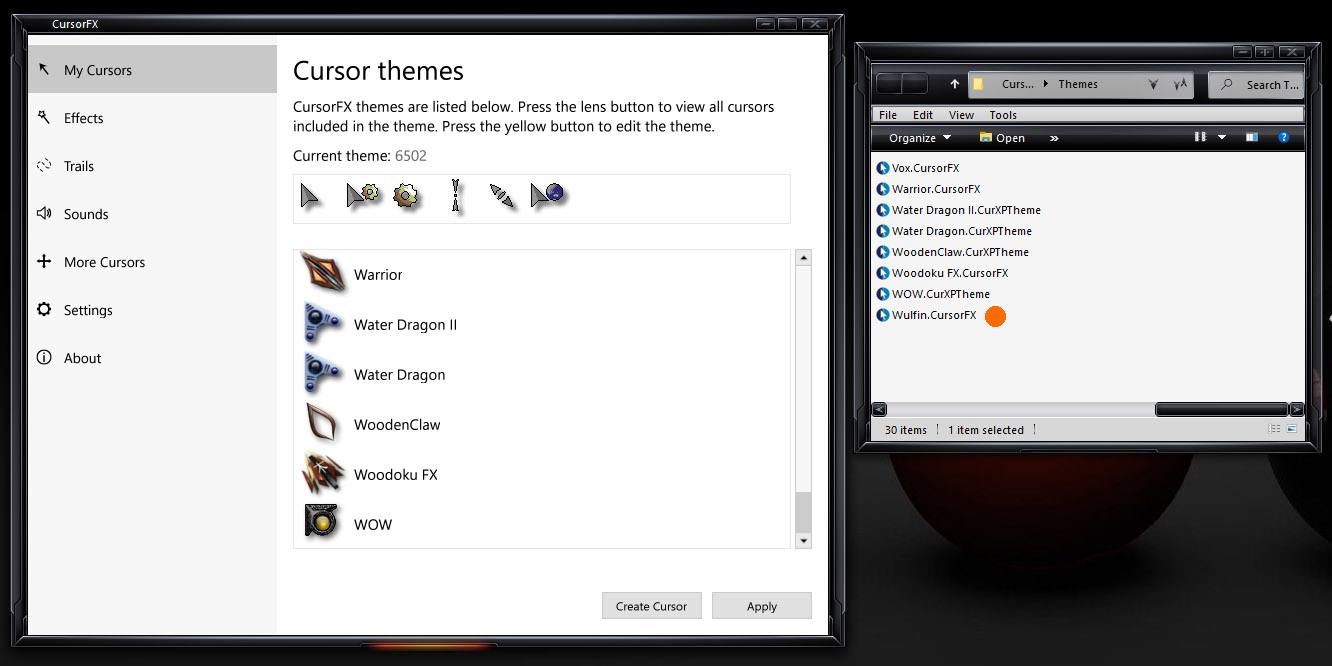 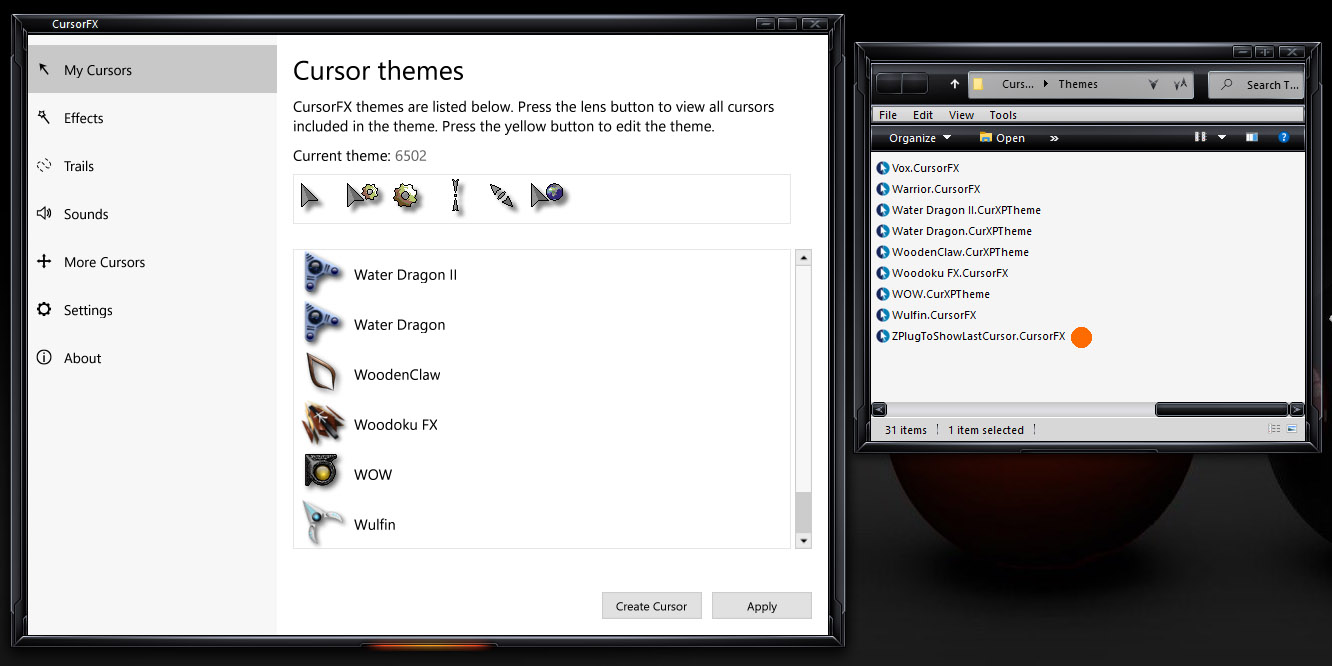 Sorry to hear you are having issues.

Mine seem to be all there starting with # A-W

Maybe try reinstalling or Purge and re install https://forums.stardock.com/485856/cursorfx-support-faq

Tried the purge, didn't fix it.  This time I also cleared out the theme directory before installing and checked the installed themes immediately after installing while still in the Admin user.

If it's just me, I'll throw the plug theme in there and move on. (I tend to use a lot of Duct tape, too

Thanks for looking at it.

For any that is missing, if you re-download any Cursor in question, double click to install, does it then show in the UI?

I think you're misunderstanding.  It's not that I'm missing various cursors (as far as I know),  it's that the very last cursor in the themes directory isn't showing in the configuration list.  In the first screenshot above. I have 3 themes in the directory and only the first two show - the last one doesn't.  The last ones in the other two screenshots don't show either.

When I first saw it I fooled with it a bit, moving a few batches in and out, whatever the last theme happened to be it never showed.  It does seem to be consistent.

It could just be on my machine, but it does seem like an odd thing to be machine-specific.

To more directly answer you're question I just now did a little experiment, thought it might be worth a try-

The last cursor showing in my CursorFX list is Rubberish, but in the Themes folder there are 2 more, Smoke trail and Volcano Lava V.2 and neither of those are showing on the list. There are 22 cursors in my list, but 35 in my themes folder.

You should see Volcano Lava, that would be an example of what I'm describing.

"Smoke trail" is a trail, so you wouldn't see it in the cursor list, it's in the trail list.  The trails and effects have .CursorFX files so that would be a lot or all of your difference.  I don't really know exactly how many of them there are.

Thanks guys, good to know it's not just here.

Got tired of wondering:

OK, I thought they were all cursors Dave, learning...

Ya it started nagging at me some and I decided I'd be better off to just go through them and nail it down.

Sorry to hear you are having trouble.

I was able to repro this and bugged it internally.

Thank you for the report, DaveRI.

Yeah, one could do that, with the last one renamed to zzSomething.CursorFX - so its always last - and it would be a workaround.  Not an elegant one but...

Hey Sean, since when was this redneck ever elegant?   It does work.

Don't have to be a redneck to do such things

I missed that Dave. So you beat me to it.

Yep, I go for the Duct Tape pretty quick sometimes.  I keep a roll of it right there about a foot from my elbow, know exactly where it is.  (Seriously, it's right there.)