Just Curious, does anyone drive an Electric or Hybrid Vehicle?

Tuesday, November 13, 2018 by LightStar | Discussion: Life, the Universe and Everything

Well, since I am big into cleaning up the planets environment, I am curious if anyone else drives a Hybrid or Electric Vehicle? I had a 2012 Chevy Volt Premium but sold it and got myself a 2017 Chevy Bolt EV Premium with less than 4,000 miles on it. It was a GM Executive vehicle and now it's mine! Love it! 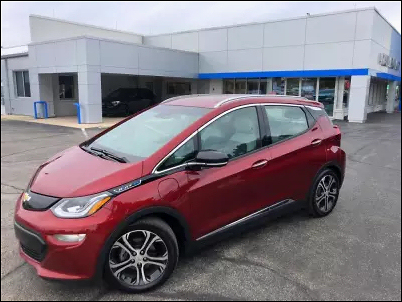 I don't own anything now that runs on gas! Electric/Battery on everything!

Someone does, just not me.  LOL.. I know my nephew used to drive a hybrid. Dunno if he still does.

I don't.  Instead I do that 'alternate green' thing of keeping older cars on the road and not adding to landfill/creating a necessity for a replacement. [though saving them means I now have 3.....]

Either way, both things are good/better than replacing old gas-guzzlers with new gas-guzzlers...

One of my wife's friends from her quilting guild is married to a retired engineer who worked for Ford.  He's big into electric cars, they have a Leaf and a Prius.  They live in St George, Utah, and when she drives down here to Las Vegas to attend guild meetings (twice a month) she has to drive the Prius because the Leaf doesn't have enough range.  Within the last couple of years the casinos in Mesquite (half way) have installed charging stations, but they aren't fast chargers because (naturally) the casinos want you to come inside and gamble while you charge.

One of my brothers in law has owned three Prius (Priuii? Priuses?) and has had great experiences with all of them.

My father in law owned a Chevy Volt for a few years before he became unable to drive, and unfortunately had a number of problems with it.

We have two Tesla model X's. Love them!

I bet you do Brad!

I have a bicycle.

Is it an electric bicycle?

There's a guy I see every once in awhile buzzing around on a little electric scooter, I think it's a Vespa.  For some reason it looks a little odd to me, but it also looks like fun.  He's pretty darn "stealthy". 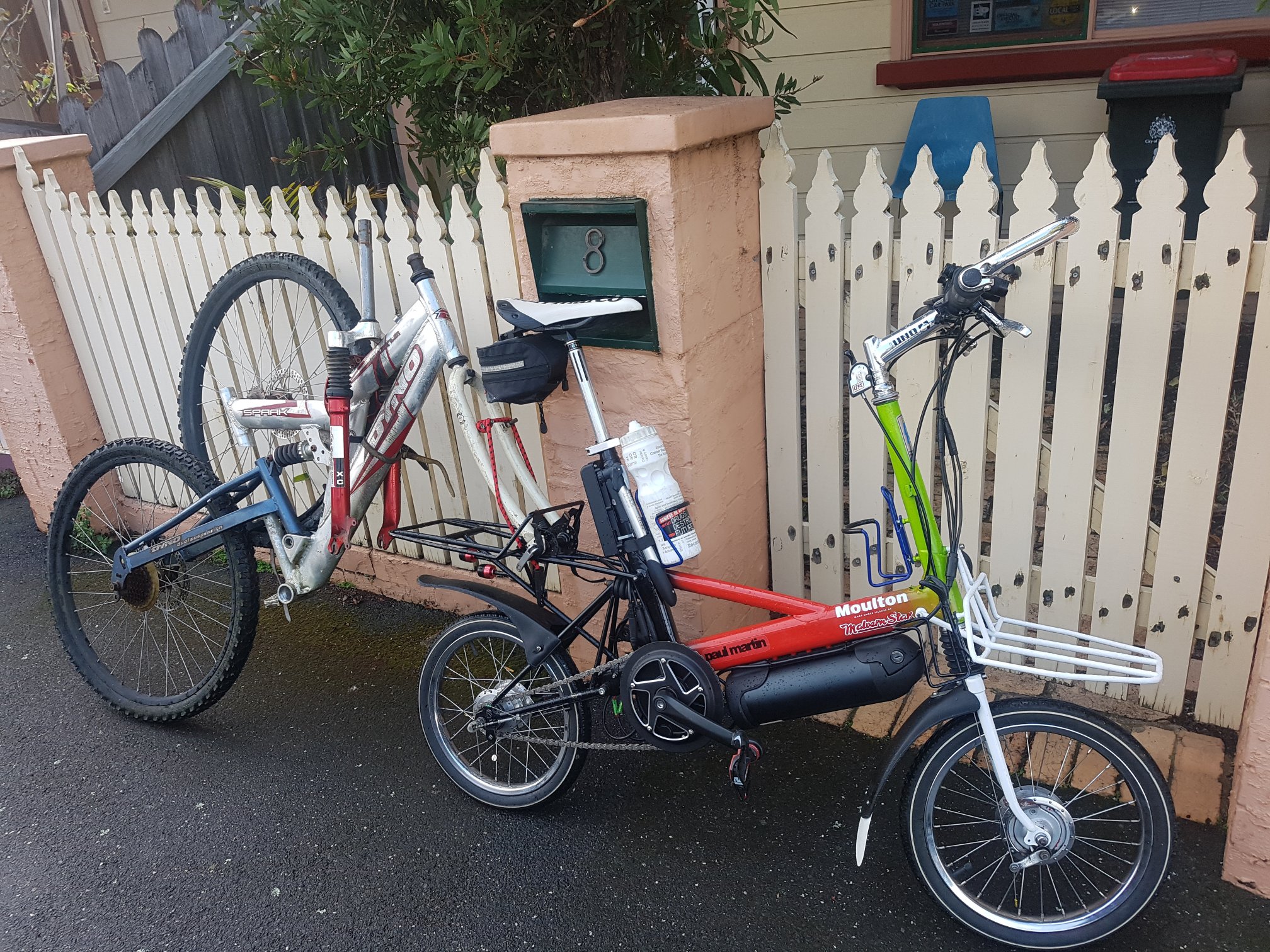 Yeah, I've heard all that -RG-, but I did tons of research and the only thing I read that was negative was that the power used to create the batteries is produced by things like coal and other pollutants. Hopefully that will change in the future as fossil fuels, including gasoline, die off. In my research though, I found that electric/hybrid vehicles across the entire country produce less pollutants than gasoline. 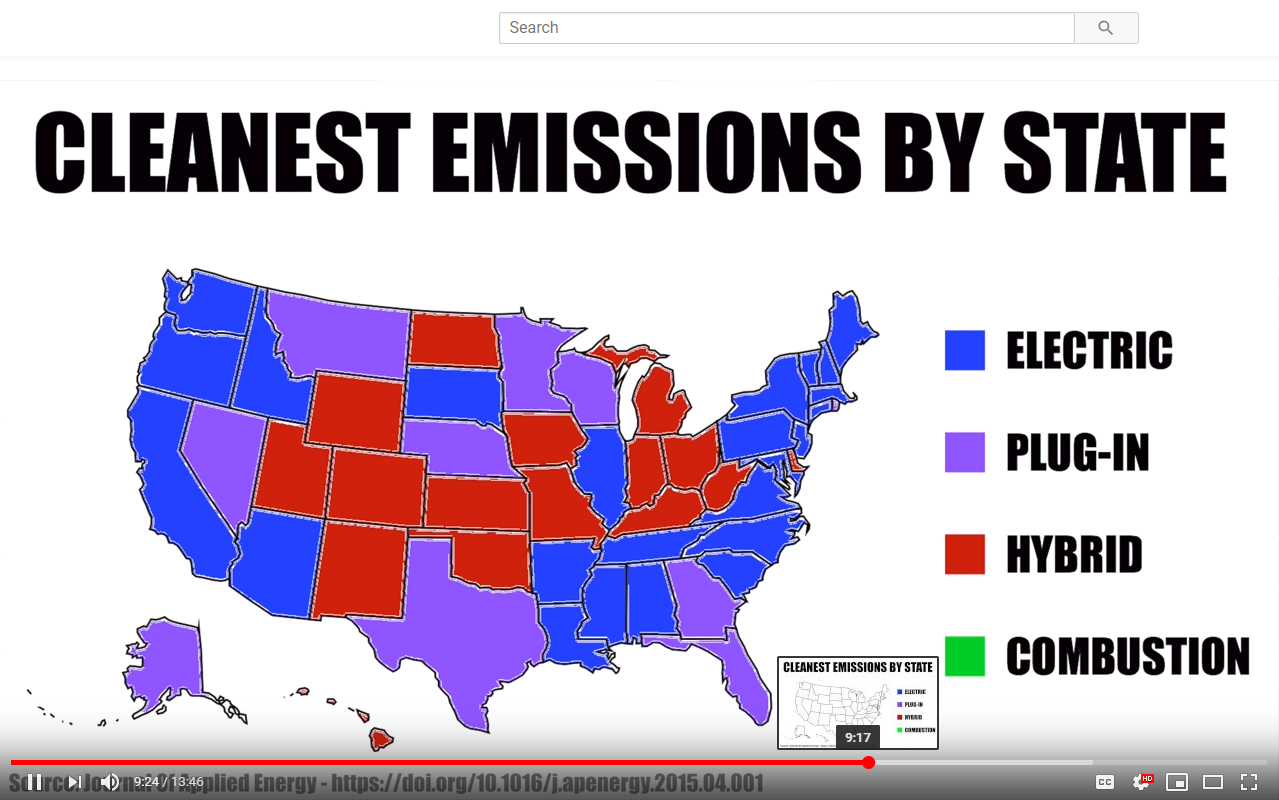 The color for gasoline emissions isn't even on the chart, as it is the worst.

Eventually all countries will go lectric, many are really pushing it, including (cough, cough) China. They are banning all ICE (Internal Combustion Engine) vehicles by 2025. Wish the US would do the same.

LightStar
Reply #11 Thursday, November 15, 2018 9:02 PM
-RG-
reply 12
It is good that you research before you jump into something. However, there are more problems than what you mentioned in your reply.

Like the dangers of using a battery to power your vehicle (like exploding batteries) and what hazards it creates when it leaks and what could happen when it explodes while driving?

Even though a vehicle may be electric, it still requires oil and such to keep it going. Not to mention what is needed to power it.

So in truth, the best way to commute is to ride a bicycle. But even then, as I mentioned in my previous post that also requires energy and oil.

Want to keep the environment clean? Start walking. Simply put, that is what it comes down too.

Are we all ready to start walking? I don't think so.

Until something changes, I don't think anything will change. Put simply.

I like the idea of change but nothing at this point appeals to me. It has to fit my lifestyle and needs. And at this point, it doesn't.

Understood, but they fit my lifestyle and needs.

The single reason electric 'is cleaner/better' than petrol is all about pollution displacement.

Both vehicle types require heavy industry in their production, are energy intensive and thus pollute to comparable degrees originally.  The issue arises when there is continued emissions in use, particularly WHERE they are used MOST...ie. in the urban environment.

Then it's clear petrol/diesel engines are going to be considerably worse environmentally - where you actually live.

However it's not all that cut and dried entirely, not when the true broader picture is used... abandoning an already existing petrol car into landfill thus requiring resource-intensive replacement [no matter how clean it might drive] can be demonstrated to be counter to true 'green thinking', particularly when politics and agenda are involved.

Yes, there's a potential for battery fire/explosion....but every car on the planet has a battery....so that's nothing new...and yes. people have died from 'normal' battery fires/explosions.  Obviously they have ALSO died from petrol/fuel fires as well.... so that distinction against electric cars fails dismally.

Looking at the waste/recycling of the 2 options...with oil it mostly ends up as plastics, tyres or macadam/tarmac/bitumen [same shit] for road making and carcinogenic lung failures

, whereas with electrics there are going to be a shitload of spent cells full of heavy metals that'll need both careful handling and clever options for re-use.

Being an Architect for 46 years, I've been dealing with the moralities of energy consumption and how to make less of an impact.   The only true solution is 'Soylent Green' as population growth and resultant urban sprawl will get us all in the end, no matter what we do.  Pretty much everything is a case of rearranging deck chairs on the Titanic...

Best thing you can do....live your life within walking distance of where you earn your existence.  I've done that for over 35 years ....and yes, I know it is mostly unobtainable.  As Ned Kelly last said as he was about to hang...."Such is life."

I don't want to destroy it for you and I honestly have no alternative, but the environmental argument for electric cars  is unfortunately not quite accurate. Apart from the problems of producing and what happens to wrecked electric cars afterwards :

Hydrogen.  Same [mostly] coal-fired electric generation that only affects 'country folk' [wry cynicism] but no issues re waste at the user end.  Don't drink the exhaust...it'll be less thrilling than warm, flat Coke....

A skate board equipped with a sail. Wind power......just don't try going uphill.

Hydrogen is not an energy source.  There is virtually no free hydrogen in the atmosphere, which means that to produce it you have to strip it off of other compounds, most cheaply from hydrocarbons, using power created from other sources.  It, like electric vehicles, is at best a way to relocate pollution production away from the vehicle to some remote location where the hydrogen/electricity is produced (which may or may not be more efficient and less polluting, especially accounting for transmission costs).

Doesn't matter what anybody says, electric and hybrid vehicles are better for the environment in the long run. Yes, the battery production is based on fossil fuels being used, but the same can be said for ICE (Internal Combustion Engine) vehicles. Everything on this planet virtually causes pollution in some way or another. The world just needs to completely steer away from anything that uses fossil fuels.

Absolutely loving it Phil, and yes, the tech is great! I am still learning it!