ObjectDock gets a face lift in v1.9

ObjectDock is a program that adds a skinnable dock to your Windows desktop.  It is one of the most popular desktop enhancement programs available.

ObjectDock 1.9 is such a major update over 1.5 that it could have been called ObjectDock 2.0. In fact, there was a lot of internal debate on this with 1.9 being the compromise versioning!

In short, a lot has changed.

There's so many new things in ObjectDock 1.9 that it's hard to narrow things down to a handful. And even the above list isn't complete!  Here are some of our favorite changes: 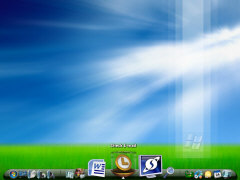 Probably one of the first things some users will notice is how much faster ObjectDock 1.9 is.  That's because the underlying engine was largely rewritten to take advantage of advances in OS and video card technology. It's faster while using less memory. 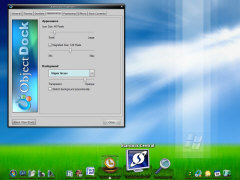 Another thing users will notice, especially long-time users, is how many cool new backgrounds and icons come with it. The default look has been changed, the default icons changed, and a ton of artwork from the WinCustomize.com community (with permission) has bee included.

One other note about that screenshot, ObjectDock supports backgrounds on a per item basis! 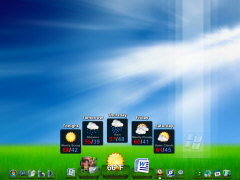 ObjectDock is popular not just because it's so visually cool and pretty but because it is very useful. Docklets that support searching and the ability to display running tasks as part of your dock are examples of why ObjectDock isn't just a cool program, it's a very useful one.

ObjectDock 1.9 includes a new weather docklet that on a single click will display the 5-day forecast. 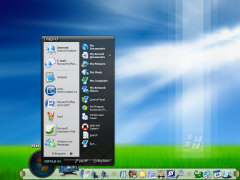 ObjectDock 1.9 also includes a new Start menu docklet that will bring up the real Start menu (and if it's skinned, then it'll still be skinned!).

ObjectDock has always been strong about having features that make is convenient to use. But ObjectDock 1.9 goes even further! 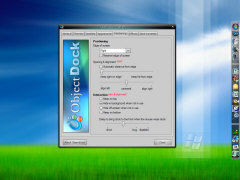 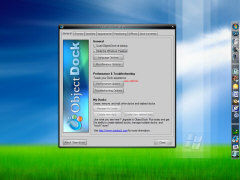 ObjectDock 1.9 now includes options for dock placement that is completely free-form! Put the dock anywhere you want on the screen! 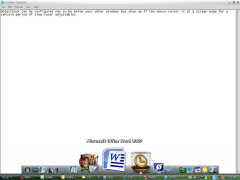 It's easier to use! 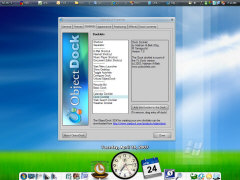 The user interface has been updated to be easier to use with functionality much more accessible!

It has more Windows Vista support! 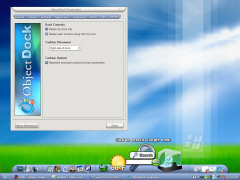 With thousands of skins and icons for ObjectDock and tons of cool effects and options to choose from, ObjectDock doesn't just look great and work great, it's just fun to use.

And it's still free!

The world's most fully featured dock on any platform is still freeware.

But ObjectDock itself remains free as it always has even with all these new features.  Try it yourself and find out what millions of others have learned -- it's fun, pretty, and useful!

Thanks Brad and Stardock for all you guys do!

SanChonino
Reply #6 Wednesday, April 25, 2007 2:32 PM
Got it installed and running . . . kept all my old settings from 1.5, offered me tons of new, wonderful options, and that handy START MENU BUTTON!

I'm loving it, guys. Thanks again!

issue is in the works. I'd prefer it built into OD rather than a docklet

Fred Hall
Reply #12 Thursday, April 26, 2007 8:37 AM
I added the Start Menu Docklet, but the menu appears under the start button on my task bar (task bar on top of screen - dock on bottom) not where my mouse is on the docklet....then an error "StartMenu helper file was injected but failed to take effect. Can not show start menu at this time, please try again"

Bebi Bulma
Reply #14 Friday, April 27, 2007 1:05 AM
Has it been set so we can decide what directory we want as default when looking for an icon? And also having it automatically open to where the current icon is instead of the default od/images folder? (Sometimes I forget what icon I set and would be nice if it opened to the current one.) I have a folder with 1.3gb worth of icons and I'm not going to move them to the OD folder and it's a pain having to go back and forth all the time.

Same here. I seem to have OD folders all over the place

bilbo1930
Reply #16 Friday, April 27, 2007 6:52 AM
Has it been set so we can decide what directory we want as default when looking for an icon? And also having it automatically open to where the current icon is instead of the default od/images folder? (Sometimes I forget what icon I set and would be nice if it opened to the current one.) I have a folder with 1.3gb worth of icons and I'm not going to move them to the OD folder and it's a pain having to go back and forth all the time.

Same here. I seem to have OD folders all over the place

Default folder change would be nice...

Fred Hall
Reply #17 Friday, April 27, 2007 8:59 AM
Regarding my problem in message #12....I noticed if I gave my user account admin permission, the menu appears on the dock and no error….looks like the docklet has a permissions problem with straight "user" accounts.

Spagnacious
Reply #18 Saturday, April 28, 2007 2:41 PM
I am getting crashes every time I try to run the new version AFTER the first run. First run OK, constant crash after that. I have uninstalled and reinstalled 3 times. I don't know how to get more information on the problem since it won't run at all. I have stripped my startup stuff clean. Checking with Whatsrunning. Can't see anything out of the ordinary. No other problems with the system. I am running with the lastest Nvidia drivers but nothing else of theirs turned on.

erasid
Reply #19 Saturday, April 28, 2007 3:43 PM
Very nice additions. Thank you for the hard work. One issue though: I thought you would fix the problem with Animated Shortcut Docklets not working on tabbed docks(I mean the mouseover animation not working) I like animated shortcuts but I can't place them on tabbed docks because of this.
HELP !

Also, I looked at the Plus .ini files and they are pointing to Last (Cobalt). I don't have this. Could that be the problem?